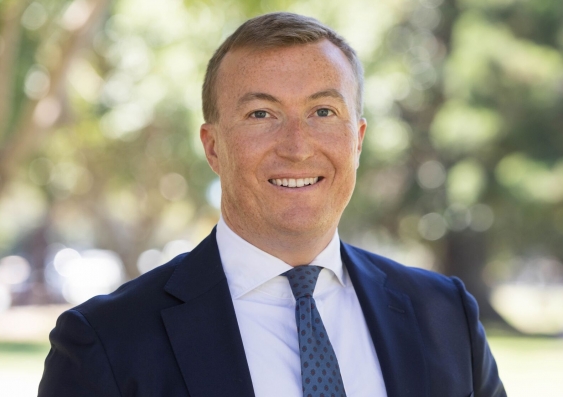 The partnership was launched in July 2017 and is dedicated to delivering solutions to the biggest challenges facing NSW, and generating opportunities for its citizens.

Mr Black joins the NUW Alliance on 9 April from his current role as Chief of Staff for the NSW Attorney General. He was previously Chief of Staff for the NSW Environment and Heritage Minister. During his time in government, he was instrumental in delivering government reforms including the 2017 criminal justice reforms and the establishment of the Biodiversity Conservation Trust in 2016, with the latter accompanied by the State’s largest ever investment in private land conservation.

The NUW Alliance is the first grouping of its kind in Australia. Similar alliances overseas have delivered significant value for their communities through independent, research-intensive universities that are located in the same geographic region.

Following a six-month consultation with the community that concluded in late 2017, the Alliance is expected to focus on key priority areas including:

Mr Black started his career as a corporate lawyer before being appointed General Counsel at the NSW Liberal Party in 2011 and General Manager of Commercial Operations at Evolve Housing in 2014.

Mr Black aims to reshape the relationship between higher education, government and industry.

“It’s a privilege to be part of this exciting initiative, bringing together three great universities which share a heritage and vision for the future,” he said. “My priority in the new role will be delivering a comprehensive strategy to enhance the way the NUW Alliance universities collaborate with government, the private sector and with other universities – to create genuine partnerships.

I want us to develop a series of core initiatives – for example, around smart cities, cyber security and health – that add value to and improve the wellbeing of NSW communities, enhance equality of opportunity, create new jobs and generate economic growth.

“I want us to develop a series of core initiatives – for example, around smart cities, cyber security and health – that add value to and improve the wellbeing of NSW communities, enhance equality of opportunity, create new jobs and generate economic growth.

“In the future, I’d like the NUW Alliance to be held up as a role model for universities across Australia and the world. By working together under one umbrella, the Alliance universities can maximise impact.”

The NUW Alliance builds on the shared ethos, history, existing collaborative links and complementary strengths of the three universities – including their shared commitment to promoting access for students from disadvantaged or non-traditional backgrounds, who face greater challenges when pursuing their higher education ambitions.

The Vice-Chancellors of UNSW, the University of Newcastle and the University of Wollongong, Professors Ian Jacobs, Caroline McMillen and Paul Wellings, respectively, said: “We are delighted to appoint Bran Black as NUW’s CEO. His understanding of NSW issues and broad network with government, business and community organisations will be critical in embedding NUW as a key point of collaboration in the state.”