More than 70 of Australia's Laureate professors have signed a letter to the minister for education, Dan Tehan, outlining the flaws in the proposed university reforms. 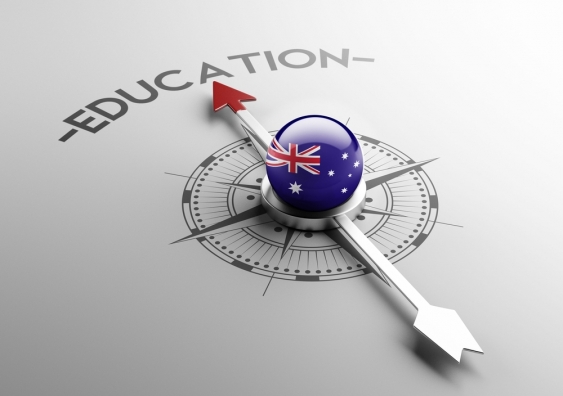 Academics have responded to the announcement by Hon Dan Tehan MP, Minister for Education, regarding the Job-ready Graduates Package. Image from Shutterstock

This open letter is written in response to the Australian government’s proposed reforms to the university sector, announced by Education Minister Dan Tehan on June 19, 2020. The so-called “job-ready graduates” package seeks to make courses in areas such as science, maths and teaching cheaper to encourage more students to get degrees in what the government sees to be job-growth areas. By contrast, fees for many humanities courses will more than double.

We write regarding the recently proposed changes to Australian higher education funding. We welcome the much-needed intent to boost domestic student enrolments. But the complicated and inconsistent nature of the funding changes and the intent to identify “work-relevant qualifications” risk further undermining the nation’s fourth largest export industry at a time the Australian economy can ill afford it.

As laureate researchers spanning a wide range of disciplines in science, technology, engineering and mathematics (STEM), humanities, arts and social sciences (HASS) and other fields, we believe this proposal will bring severe negative national consequences for future university training. It is likely to have the unintentional effect of amplifying inequities in higher education, and will work against the very economic goals it is trying to achieve.

1. The proposal makes untenable assumptions about future growth in demand for training in particular backgrounds

Successive Australian governments have refrained from “picking winners” in industry, but here we see that approach applied to education precisely at a time when future needs are becoming more heterogeneous and unpredictable.

Bracketing the humanities and social sciences as a category deemed less useful for future employment flies in the face of what we see among leaders in both politics and business. More Liberal frontbenchers, for instance, have received an arts degree than studied economics.

Business leader Jennifer Westacott, Chief Executive of the Business Council of Australia, emphasises the importance of a humanities education and Deloitte Access Economics stresses its value in teaching students to ask innovative questions, think critically for themselves, explain what they think, form ethical constructs and communicate flexibly across a range of perspectives.

The proposed changes reflect an outdated view of both HASS and STEM. Each is concerned with advancing our understanding of the world and providing the intellectual framework and critical thinking skills needed to acquire that understanding.

These will be critical for creating a flexible, responsive workforce in an increasingly diverse economy. In the face of our uncertainty about where future needs will lie, what we can be sure of is that interdisciplinary training will become ever more important.

2. Different pricing of subjects works against both social equity and quality teaching

It is unhealthy for a democratic and inclusive society to make some fields the province of those who can pay more for them.

Different pricing is unhealthy for every academic field: the best outcomes grow from an optimal match between disciplines and the talents and interests of those who want to study them, undistorted by arbitrary price signals.

3. The proposed policy is likely to prove rife with unintended consequences

Even within its own premises, many of the subjects it claims to promote (such as maths) will suffer severe cuts. Universities may be discouraged from offering such subjects, or boost their offerings in fields that are cheaper to teach, to cross-subsidise the more expensive courses.

The recently floated patch of an “integrity unit” to prevent this would simply increase regulatory burdens and consume resources better spent directly on education.

Complex sets of discipline categories greatly reduce the transparency and efficiency of the system. Energy will needlessly be diverted into defining subjects into or out of categories favoured or disfavoured by the funding model.

Universities need to be able to plan intelligently, delivering world-class education and training in an uncertain 21st century. Well-intended but counter-productive distortions in the funding model will not help.

The national economic impacts of these decisions have not been convincingly worked through.

A forward-looking policy of higher-education funding thus needs to do three things:

These will necessitate increased regulation, while failing to achieve either the diversion of student numbers that are sought, or the social and technological goal of better preparing our students for the future.

The simplest way to achieve this is to reinstate a flat HECS rate — a simple way to optimise the match between talent, interest and enrolment without distortions from family wealth, easy to administer, and immune from highly uncertain guesses about future trends.

This will assure the growth in quality and capacity of one of Australia’s transformative success stories and its fourth greatest export. This should be a real increase, not funded from an arbitrary subset of future students at the outset of their careers in a time of great uncertainty.

We appreciate that the COVID-19 epidemic has put unprecedented pressures on the budget, but the need for greater support to our universities is more necessary than ever during this present time of huge financial stress, caused by the plummeting income of overseas students. Wise investment now will pay huge dividends later in the economic, scientific, social and cultural growth of the nation.

3. Integrate the systems for funding university and vocational education, which have long drifted apart

This will ensure every school-leaver has access to the level of training they need for a successful career. What is really needed is not a vocational approach to university education but a more systematic and thoughtful approach to vocational education.

In the modern economy, all kinds of work, including trades, require a broader range of skills than in the past, including communications and IT skills. We have much to learn here from the success of countries like Germany in integrating these two systems of higher education.

We urge this current piece of legislation be shelved in its current form, and replaced by one that has been drafted after proper consultation with a range of experts in the sector who are able to devise an optimal mechanism for building this vital part of our society’s future.

Professor Peter Goodyear, Centre for Research on Learning and Innovation, The University of Sydney

Professor Peter Taylor, ARC Centre of Excellence for Mathematical and Statistical Frontiers, The University of Melbourne

Professor Jolanda Jetten, School of Psychology, The University of Queensland

Professor Kate Smith-Miles, School of Mathematics and Statistics, The University of Melbourne

Professor Sara Dolnicar, Faculty of Business, The University of Queensland

Professor Peter Waterhouse, Centre for Agriculture and the Bioeconomy, Queensland University of Technology