The risk with the current MOOCs debate is that it too narrowly defines the challenge universities are facing simply as the impact of mass delivery of cheap content, writes Professor Iain Martin. 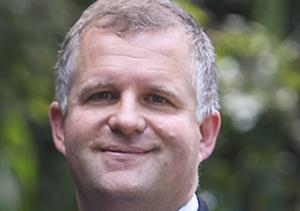 OPINION: It’s almost 60 years since a ‘teaching machine’ to overcome the educational limitations of the one-size-fits classroom and lecture hall was first conceptualised. In his classic essay, The Science of Learning and the Art of Teaching, B. F. Skinner envisaged a machine to be used by individual students that would present information, reinforce it appropriately and then move onto a new level, the difficulty of which the machine would select based on the performance of each unique user.

Technology has now caught up with educational theory, ‘teaching machines’ have well and truly arrived, and much debate and hand-wringing has followed.

Most recently, discussion has been dominated by the rise of massive open online courses (MOOCs) – badged by some of the world’s most prestigious universities and often equally renown lecturers – delivering pre-packaged university courses to the computers and digital devices of anyone who wants them, anywhere in the world, mostly for free.

The risk with the current MOOCs debate is that it too narrowly defines the challenge universities are facing simply as the impact of mass delivery of cheap content.

Discussions about the costs of higher education, widening access to university, the globalisation of higher education and differentiation of the university mission were taking place well before MOOCs became the educational acronym of the year. Nor is the debate regarding open and online education new – MOOCs are simply highlighting issues that were already rising to the surface.

For bricks and mortar universities, technology-led changes over the past two decades mean the online and digital delivery of courses and reference materials has become the norm. Outside a few specific areas, academic staff rarely visit libraries to access resources these days. Today, few, if any, students would not be using an online Learning Management System to aid their studies.

Our physical libraries have been transformed beyond recognition into study and collaboration spaces that also happen to hold books. At UNSW, our book loans are declining by more than 20% per annum but foot traffic by students into the library rose 25% last year, as students turned to the library to study, to work in groups and to source help in navigating the rapidly increasing volumes of data available online. Students, too, are changing – many more have part-time jobs, they come and go from campus frequently and are far more likely to engage in group or shared study than ever before, both in person and online.

The same technologies that facilitate MOOCs are allowing us to improve the learning experience for all students in face-to-face and online formats and to explore optimum ‘blends’ of both - the flipped classroom writ large. Face-to-face time on campus can be used to its best advantage, for talking and doing, not passively listening. Peer education and group work will become more prevalent in the future -- a trend we are already seeing. Core content can, in many cases, be effectively delivered online.

Yet, while digital technology has sharpened the focus and accelerated the time lines of change, it is only a conduit and a tool. As Skinner so eloquently argued in 1954 the key to the effective use of his ‘teaching machine’ was the quality of the teacher designing and presenting the material it delivered. In the internet age of information oversupply that truth is only reinforced; wherever technology takes us the critical role for great educator will remain. Indeed, given the ever expanding volumes of data and information to sift through the need for educators to act as navigators, interpreters and guides will, perhaps, increase.

And, as Bertrand Russell states in his Unpopular Essays of 1950: “Change is one thing, progress is another. ‘Change’ is scientific, ‘progress’ is ethical; change is indubitable, whereas progress is a matter of controversy”.

Technological advances in themselves have very rarely created true progress without consequent sociological adaptation. We are quick to talk about the power of a new technology, far less quick to unpick what it will mean to the societal constructs around education and learners. However, if we are to harness the potential of new technology we need to understand how student interaction with teachers and fellow students is changing, and the pace at which this change is occurring.

For leading research-intensive institutions like UNSW, with a mission far broader than undergraduate education alone, the open and online world offers us the opportunity to expose a far larger audience to the richness of research-led education, but at the same time puts at risk the funding model that supports much of our research capacity.

The future is one of balancing such considerable tensions. Universities will need a very clear sense of their own mission and purpose, a focus on their unique aspects and a relentless effort to ensure that the technology underpinning their educational mission is of a quality and capacity to meet the expectations of an increasingly demanding student audience.

A starker future could see university sector go the way of the automobile industry over the past century. Thousands of small boutique car manufacturers either amalgamated or withered and died to create a globalised market dominated by a very limited number of truly global brands; albeit with local showrooms and service centres and some minor local variations of global models.

Whilst such a scenario for universities is currently a long way off, is it beyond the realm of possibility that a ‘Ford’ or ‘VW’ higher education model may emerge in undergraduate education? I think not. As a sector we need to consider what such a possibility might mean.

I am not foolish enough to suggest with any certainty what the future might hold. However, is there a lesson to be learned from those car makers that did survive, and in some cases flourish, in the face of profound change? They did so by maintaining a distinct place in the market; that is, one predominantly defined by a global reputation, a high quality product and a specific market niche -- and not by primarily focusing on competing on cost.

Professor Iain Martin is the Deputy Vice-Chancellor (Academic) at the University of New South Wales.

A version of this article was first published in The Australian.