We all have the power to change the course of history, says Tim Costello in this edited version of his Gandhi Oration delivered at UNSW. 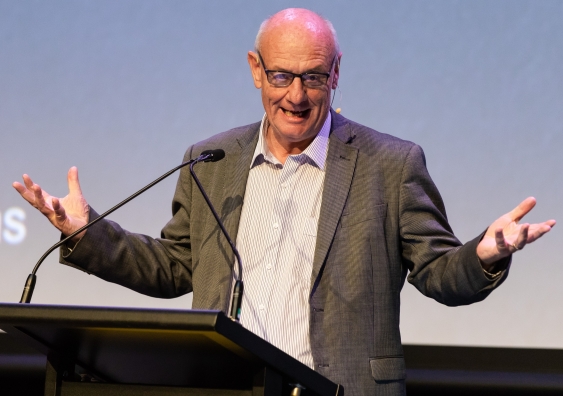 For most of his extraordinary life, Albert Einstein hung portraits on his wall of two scientists, Isaac Newton and James Maxwell, as role models to inspire him.

Near the end of his life, Einstein replaced them with a portrait of the Mahatma Gandhi. Einstein said he realised he needed role models, not of success, but of humility. He called Gandhi one of the greatest moral leaders of all time. Einstein wrote: “I believe that Gandhi’s views were the most enlightened of all the political men of our time.”

Gandhi was a great revolutionary but his revolutions were peaceful. He fought injustice by practising justice, he fought against violence non-violently, he opposed discrimination by embracing the oppressed. His ideals of non-violence and universal humanity still inform and inspire. He said all our activities should be centred in truth. He said truth would always conquer untruth.

In this era of the post-truth 21st century, where politicians stoke irrational fears to hold on to power, we certainly need devotion to truth.

How relevant is Gandhi's philsophy?

It is undeniable that Gandhi was one of history’s momentous figures. Seventy-one years after his assassination, Gandhi’s global influence is still enormous. The fundamental issues he addressed – poverty and hunger, violence, war and injustice – remain with us as we struggle with the mixed benefits of globalisation, retribalisation, the marginalisation of minorities. Still relevant are Gandhi’s Seven Deadly Social Sins that lead to disconnection and violence: Wealth without work, Pleasure without conscience, Science without humanity, Knowledge without character, Politics without principle, Commerce without morality and Worship without sacrifice.

Gandhi was not against globalisation. But he did believe that it could lead to environmental hazards and hyperconsumerism. He was right. Some development and connectedness has been greatly improved but richer nations still get richer and poorer nations remain poor. We must look beyond our borders to the wellbeing of our 7.4 billion brothers and sisters on the planet. A socially just society must put people first — not property or profits.

What role for social justice?

Why do some people get more than they need and some people miss out? I have always felt that the great lottery of life is unfair. If injustice was merely a matter of evil people somewhere committing evil deeds, it would be easier to cope with. Gandhi said it was “not caring” that was the real problem in this. He said we win justice quickest by rendering justice to the other party. But what exactly is social justice? Some on the Left would argue it means equality of outcomes, those on the Right are more likely to argue for equality of opportunities. The Oxford Dictionary defines social justice as: “Justice in terms of the distribution of wealth, opportunities and privileges within a society.” I would add to that definition. Social justice is about all having equal rights to basic liberties and needs and a just society is one that challenges injustice and values diversity. It is about sharing a common humanity. It is about fairness.

Gandhi believed in the power of small communities to overcome poverty and injustice. Over the past few years, World Vision has been working to demonstrate how community-led development can provide an effective model for change. We recognise that poverty is not just limited to a low income, but also includes a lack of access to services and essential goods. It includes financial poverty, but also inequity of opportunity, health, education, information, protection and civic participation. At home, we know that enormous gaps exist between Indigenous and non-Indigenous Australians. There needs to be change in the way that funding is provided to support Indigenous development. Our approach provides opportunities for the Indigenous communities we work with to determine their own objectives, their own measures of success and a way to realise their own vision for the future.

I’ve learnt that ordinary people can change the course of history. A fair and just society will encourage democratic principles of equality, opportunity, and mobility. It will also provide a legal framework for human rights. Every just society must try to reduce the gap in income and wealth among its citizenry. This is achieved through some form of monetary redistribution and taxation and political will to do the right thing. Polling from the Australia Institute consistently shows that the Australian public would prefer higher levels of spending on public services than lower tax collection. In a just society, there must be a political and legal framework that protects and enhances the rights of the people. Laws that discriminate against specific groups (racial, ethnic or religious), under the guise of protecting the majority of people or preserving a way of life, are morally wrong. They must be challenged. 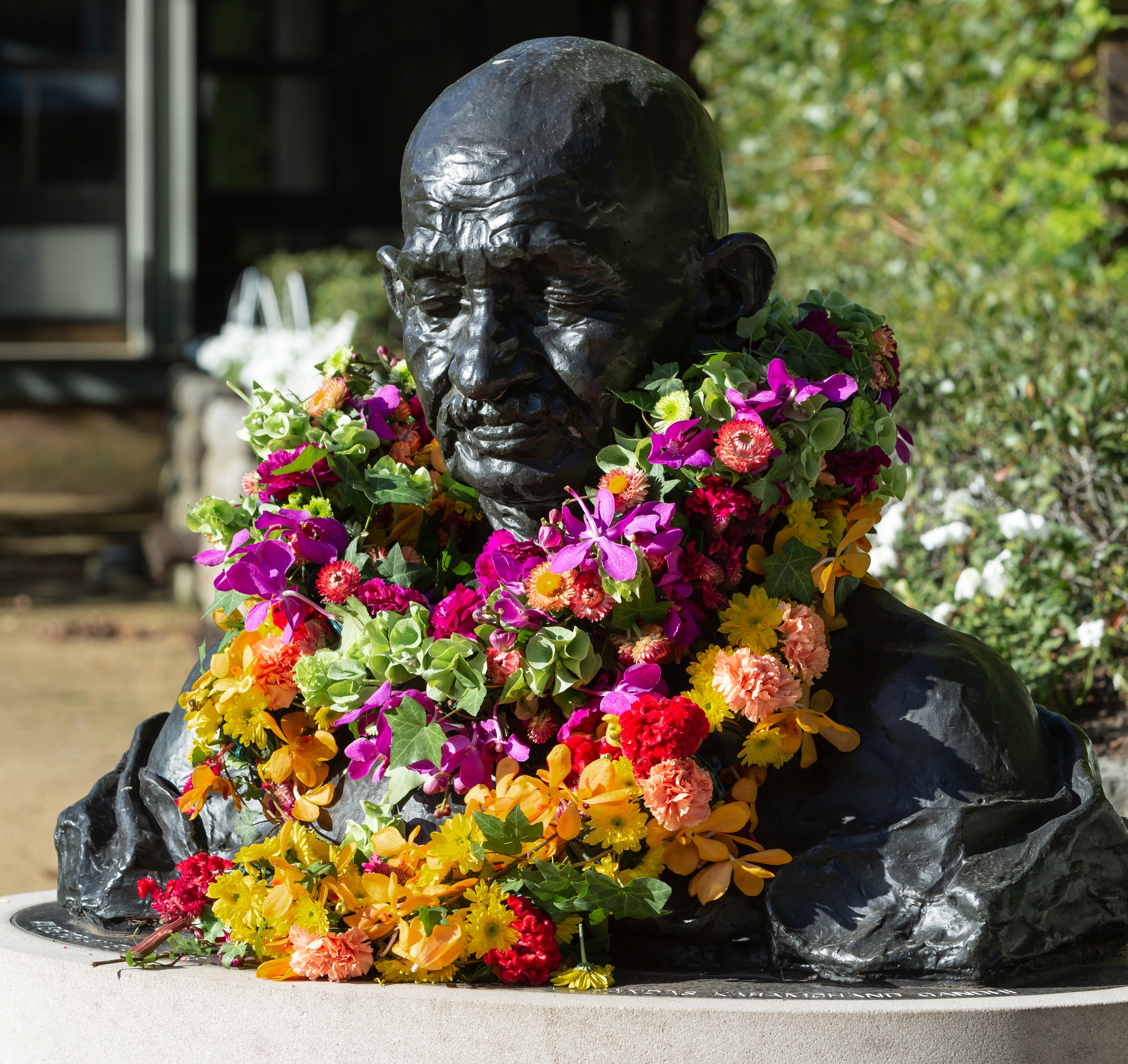 Can poverty and unjustice be solved?

Our world is characterised by paradox. Overall globally, there is unparalleled prosperity but we are beset by political, economic, social and environmental issues. There are many reasons why global poverty endures, and also some challenging truths to face. Political will is vital, as is global stability and the protection of the natural world. The solution also requires compassion and global citizenship by all people to ensure politicians have a mandate to act. I don’t suggest for a moment that the solution is easy. But we have made some great advances. Literally millions of children who are alive today wouldn’t be if we hadn’t given it our best shot. Millions more receive an education. Currently, World Vision is deeply involved in working with other aid organisations and governments around the world to achieve Sustainable Development Goals. These are a set of 17 globally agreed goals and targets designed to end extreme poverty by 2030.

Of every dollar donated to World Vision, 83.3 per cent goes to field programs and advocacy work. Wherever World Vision works, our focus on equity is for all people. Meanwhile, overseas aid provided by the federal government has hit rock-bottom. Australia spends $4.04 billion on overseas aid – that’s just 0.22 per cent of our gross national income (GNI), or 22 cents in every $100. This is set to drop even further to just 19 cents in every $100 of GNI by 2021. This means that, despite being one of the wealthiest and lowest-taxing nations and one of the most robust economies in the world, Australia is one of the least generous when it comes to aid.

Providing aid is the right thing to do in a moral sense, but it also advances global security. The challenge from international terrorism is a call to concern ourselves with the fate of the marginalised in poor countries where aid can reduce the breeding grounds for violence and fanaticism. Economic modelling from The Australian National University has found that every additional $1 spent on Australian foreign aid in Asia has resulted in $7.10 in Australian exports. Our consciences call us to encourage economic development and reduce global poverty. But it is also in our national interest to do so. We now need to ask ourselves as a nation what more we can do to inspire justice. I believe there is an urgent need for ordinary Australians to continue to engage on the issue of refugees and inform the debates about an offshore detention system that imprisons vulnerable people. When we are either complacent about this issue or complicit in the punitive approach to asylum seekers, we have lost something that sits at the core of our democratic ideals.

Can ethics and profits go together?

Can ethics and profits mix? Absolutely. Companies that lay the framework for business ethics in all facets of operations are more likely to become and remain profitable than those that conduct business in an unethical manner. There are many inherent challenges to moral leadership in a nation wedded to the notion that “the richer I am, the happier I will be”. It’s really important that businesses realise they are trading in a global village and they need a global ethic. Too many in this nation are constantly fearing about tomorrow and living one day at a time. They are always looking for the light at the end of the tunnel. But what if WE are the light at the end of that tunnel? What if we are the only light?

What we must do

In Gandhi, we find a source of optimism – a belief that our world can change for the better. All of us have to be a part of the solution. We all have gifts, privileges and talents to make a difference. To quote Mahatma Gandhi, “in a gentle way you can shake the world” with the power of your beliefs, with the power of your conviction, with your devotion to the invincible truth. “Love and truth are faces of the same coin, both very difficult to practise, and the only things worth living for.”So let’s live in hope, be productive and useful. Once we choose hope, anything’s possible.

Reverend Tim Costello is one of Australia’s leading voices on social justice and humanitarian issues. He is the Chief Advocate for World Vision Australia.