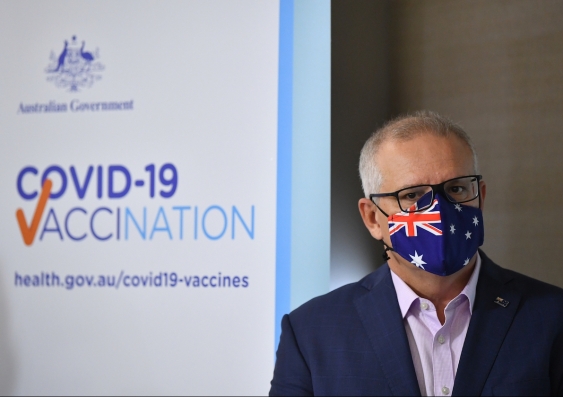 The panel, moderated by Prof. Dixon, discussed the crisis in accountability in Australian parliament in the wake of the former prime minister’s secretive ministerial appointments. In 2020 and 2021, Mr Morrison appointed himself to five cabinet ministries – Health, Finance, Home Affairs, Treasury and Industry, Science, Energy and Resources – without pushback from the Governor-General and without notifying ministers or the public.

While Mr Morrison doubled down on his statements that his appointment to five ministerial roles during the COVID-19 pandemic was needed because there was a clear expectation in the minds of the Australian public that he was responsible for ‘pretty much for every, single thing that was going on,’ panellists disagreed.
“I certainly accept the premise that these were extraordinary times. We were and still face a pandemic that threatens a great loss of life, but we have a system of government that frankly did not require the concentration of power of this kind for the prime minister,” Prof. Williams said.
“We don’t have a presidential system; we have a cabinet-based system, and that system is based upon trust and it relies on a group of people governing the country to deal with that crisis. What we saw was a response that undermined the effectiveness of that system by doubling up on jobs, by removing the proper scrutiny of parliament. I think that rather than helping, it actually threatened to undermine those efforts.”
The problem with the secret ministerial appointments, which were not communicated to the cabinet of the day, relevant ministers or the public, is that our system of government depends on transparency and trust, Prof Williams said.
“One of the really troubling things here is that cabinet members were not aware that their own portfolio was held by the prime minister and that really strikes at the heart of the proper operation of cabinet,” he continued. “The issue about secrecy and transparency has elevated this from a really unwise decision that probably should never have happened into something much larger because the secrecy itself is what really gets to the heart of why this is a problem.”
Prof Williams called the measures ‘unprecedented’ and argued the fact that similar actions were not taken during the two world wars was evidence such a move by Mr Morrison was unnecessary.
In terms of repercussions for the Governor-General, David Hurley, who signed off on the appointments, Prof. Twomey said that depended on what the Governor-General knew. He was not asked to do anything unlawful or unconstitutional.
“We don’t know what the Governor-General knew to start with,” she said. “If it seemed to be a sensible thing to be doing in the middle of the pandemic then no doubt the Governor-General and others were distracted by that, I can understand that and how it could have happened without any pushback.”
Twitter Facebook LinkedIn