Sharing footage of crimes and natural catastrophes on social media can be both beneficial and detrimental to the wider community, says criminology expert Alyce McGovern. 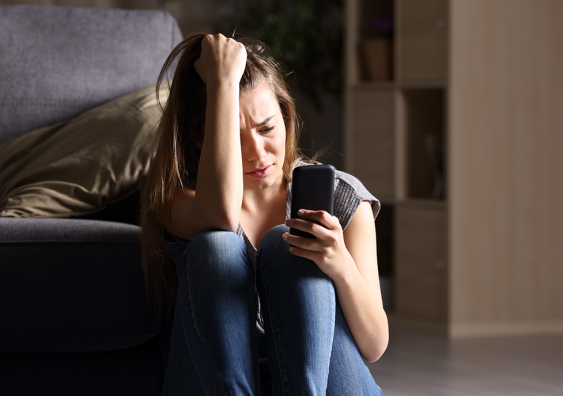 People need to be aware that posting videos of victims to social media can cause distress to loved ones, says UNSW’s Alyce McGovern.

“Because of the immediacy of social media, posts often go online before people even know what’s happening to family members or friends,” Associate Professor McGovern, an expert in criminology at UNSW Arts & Social Sciences, says. 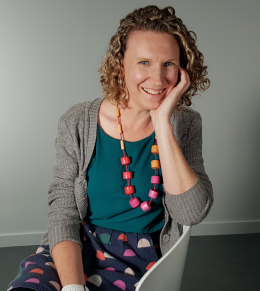 “If you think about the families or the victims, having this content uploaded online is incredibly distressing.”

A/Prof. McGovern’s comments come after footage emerged of a knife attack in the UK suburb of Reading in March, prompting local police and other government officials to request the material not be shared on social media.

Three men died and three other people were injured in the attack allegedly carried out by a 25-year-old man, police later confirmed.

A/Prof. McGovern says having this distressing content circulating online during or after a tragic event also poses the question about what the onus should be for social media platforms.

“We even saw it after the Christchurch attack with the live streaming,” says A/Prof. McGovern, when a far-right extremist shot worshippers in two mosques in Christchurch in 2019. As a result, Australia introduced tougher penalties for social media platforms.

An amendment to the Criminal Code now makes it a serious offence if social media platforms fail to remove “abhorrent violent material”, with fines up to about $10.5 million for big corporates who continue to defy the legislation.

In an email, a spokesperson for the eSafety Commissioner said that while media companies such as Twitter and Facebook are covered by the legislation, it refers to harmful material posted by the perpetrator, not by bystanders.

In cases where bystanders share content, such as the Reading stabbings, the onus is on the platform provider to determine if the material breaches their guidelines or rules, the eSafety Commissioner spokesperson said. 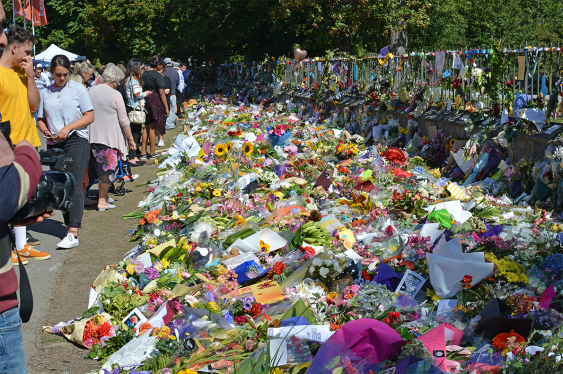 Flowers for the victims of the Christchurch massacre

A/Prof. McGovern says retweeting and reposting on social media can also be very beneficial in raising awareness to identify potential suspects or to spotlight information about an issue.

In 2014, A/Prof. McGovern published a study with Dr Sanja Milivojovic that analysed the criminalisation, policing and crime prevention strategies on social media during the 2012 Jill Meagher case, titled The Death of Jill Meagher: Crime and Punishment on Social Media.

Irish national and ABC radio employee Jill Meagher was sexually assaulted and murdered by Adrian Bayley while walking home from a pub in Melbourne’s inner west in 2012. A police and public search began, and Bayley was arrested five days later. Ms Meagher’s body was discovered the following day.

The 43-year-old “recidivist violent sex offender”, as Mr Bayley was described by the judge, received a life sentence with a non-parole period of 35 years.

“We found that social media played a really significant role in the early stages of that case, in highlighting her disappearance, and then it kind of transferred into more traditional media platforms,” A/Prof. McGovern says.

“The sharing of CCTV footage on social media, which had been made (publicly) available, helped to raise awareness and to identify potential suspects.”

A/Prof. McGovern says photos captured on mobile phones during the 2011 UK riots represent another example of the role social media can play: they “were really key to that police investigation”.

At least 3000 people were arrested during the rioting and looting that erupted on the streets of Tottenham after civilian Mark Duggan was shot dead by a police officer on August 4. 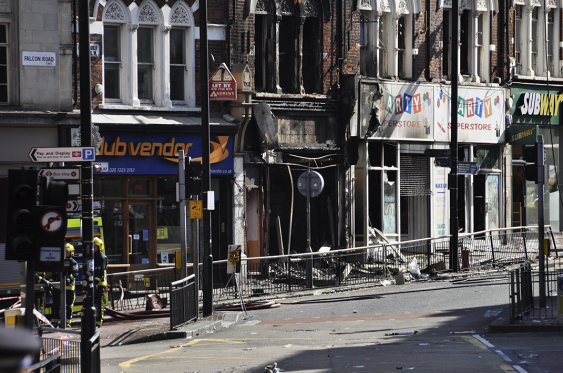 Shops are ransacked and burnt after the third night of riots in London in 2011. Image: Shutterstock

But on the flip side, she says social media that captures “police brutality, in such places as the US and elsewhere, has given us eyewitness accounts to situations we would never have been exposed to before”.

“Here in Australia, people have the right to film police. Though sometimes they might be told they can’t,” A/Prof. McGovern says.

“There are just some limitations, such as if you’re on private property [or are obstructing police in performing their job] and so on.”

The capability of Twitter and Facebook to alert people to emergencies in real time, such as the recent bushfires and floods, has also been a useful tool for emergency services, A/Prof. McGovern says.

While people did share outdated photos and incorrect fire maps, social media platforms “enabled the police and State Emergency Services to myth-bust some of the disinformation that was out there”, she says.

“There was also an initiative that emerged initially through Twitter called Find A Bed, which connected people who had become homeless as a result of the [most recent bushfire] disaster. So there are really good results that can come from using social media in that way.”

A/Prof. McGovern says the ethics of posting to social media is all happening in a time when images are really central to our lives and news stories.

“It’s tricky, because I don’t think there's necessarily ever been a clear position on when it's good or bad [to film what turns out to be a tragic event], because in those moments people don't necessarily know what's unfolding in front of them,” she says.

“And there’s often that instinctual response now to pull out your camera and film what's happening.

“When encountering these scenarios, people should consider the implications of posting images and footage of tragic events online,” A/Prof. McGovern says. “Both in terms of contributing to the harm for the friends and family of victims, and for the potential to contribute to sensationalised representations of events.”