Opinion Think our unis are all much the same? Look more closely and you will find diversity

The sameness of the way in which universities present themselves is based on a shared view of what they think stakeholders want. Behind the official facade it’s more like ‘organised anarchy’. 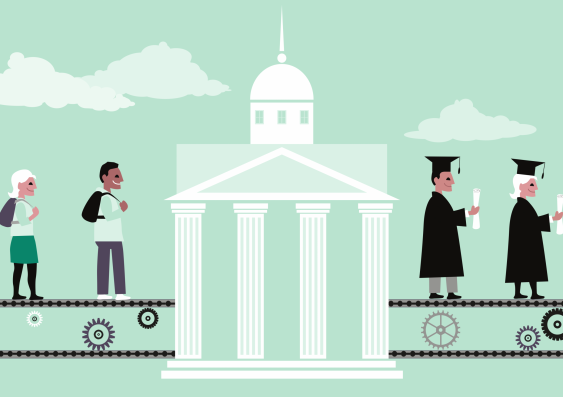 The COVID-19 pandemic plunged Australian universities into crisis. From early 2020, many voices declared increased specialisation and difference between institutions was the way for them to survive. Yet our soon-to-be-published study has shown if we dig a little deeper each university is a complex patchwork, especially in the area of research.

Australian universities present an array of sometimes competing interests, activities and priorities. So why is the sector seen as lacking diversity?

One reason is the official narratives universities present about themselves. The expectations of many stakeholders, not least national governments, shape these narratives. The cruel irony is that this makes our universities all appear the same.

So universities are castigated for their lack of originality and failure to differentiate. There are calls for greater diversity in their teaching and research.

We have heard these calls before – such thinking is far from new. Institutional diversity has been a bipartisan principle of national policy since at least the late 1980s when the Dawkins reforms began.

By 2008 the Bradley Review had led to so-called mission-based compacts. These were intended to formalise diverse university missions, through agreements negotiated with the Commonwealth. In practice, each university periodically completes a template outlining its planned activities and key performance indicators.

All singing from the same songbook

As part of our research, we explored diversity questions through the lens of the research positioning and goals of the 41 universities that entered into mission-based compacts from 2014.

So what does this government program, designed to stimulate diverse and specialised missions, show us? The university compacts provide a veritable bingo card of descriptors for research activity such as:

The sameness of institutional research positioning is so pronounced that individual university claims of distinctiveness appear contradictory. It’s easy to see from the compacts how a view has taken hold that universities are all too much alike.

Diversity is in the detail

What do we see, though, when exploring beyond abstract institutional descriptions? In another part of our research we looked at Australia’s oldest university, the University of Sydney. This case shows how institutional pronouncements represent a veneer over what is really a hugely diverse internal ecosystem.

This university’s compacts and strategy identify around two dozen areas of research. Extracting from its website and annual reports, however, we find the number of faculties, schools, centres, networks and research groupings exceeds 240. 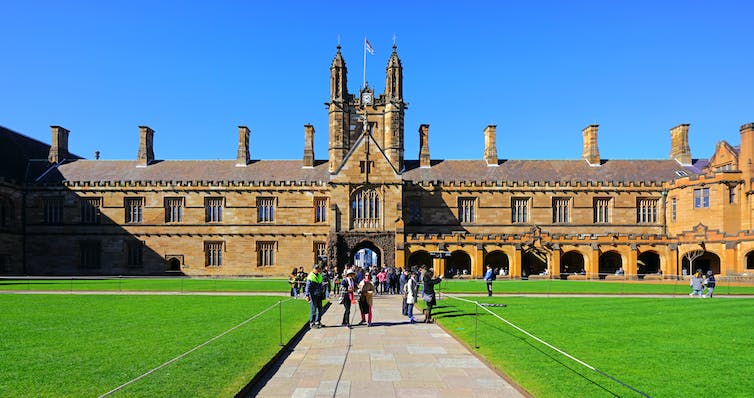 The picture presented by the University of Sydney’s mission-based compact doesn’t do justice to the full diversity of its research. Photo: Shutterstock

The finer detail of such an environment is impossible to articulate in a digestible form. Nobody, least of all government departments with templates and performance indicators in hand, is likely to want to read about such a labyrinth. They are even less likely to invest in something so difficult to describe and manage that it could be labelled organised anarchy.

Universities aim to produce institutional descriptions acceptable to both internal and external stakeholders. This means the extent of internal diversity within even a single university requires considerable finessing.

While the resulting products are then vague and unoriginal, they follow a recipe of heavily institutionalised norms and expectations through which universities signal their status and legitimacy. Australian universities universally believe this is the key to the resources they need to survive and thrive.

It may not appear so at first glance, but differences between universities become clear when examined closely through their research. The research enterprise itself is built on the value of originality and difference. These attributes are controlled mercilessly at a project level through peer review.

And, unlike other enterprises, cross-institutional collaborations are the norm for research.

While important in terms of status and branding, and to those who manage and co-ordinate resource allocation, institutional constructs can be arbitrary distinctions. They can be quite removed from the day-to-day activities of researchers, who are akin to franchisees managing their own research businesses.

Unis respond similarly to the pressures on them

Our research also supports the idea that, at the institutional level, Australian universities are highly passive in how they respond to environmental influences. In particular, universities respond diligently to signals from government, on which they feel dependent.

Couple this with a contradiction between policy logic that seeks diversity and associated programs that appear to stifle it, and the result is the homogeneity that we perceive. Compacts provide but one example of this dynamic.

The funding model for universities makes research a (mandatory) cost-bearing exercise. To subsidise research, universities have converged upon the international student market, which lacks the regulatory constraints placed upon domestic student fees and enrolments. A more comprehensive suite of offerings for international students naturally enables institutions to maximise the fees they can generate. This then helps cover the unfunded costs of research.

The funding and regulatory settings that limit university choices are rightly easy targets for blame. But these settings work hand in hand with the unoriginal goals of universities, which reflect a lack of diversity in thinking and approaches to dealing with systemic challenges.

Before jumping headlong into reconfiguring the sector, it may be prudent to examine more closely how and in what ways our universities are similar. When perceiving sameness, we should be careful to ensure we are not missing the finer details that are often – for good reasons – obscured.

The long-observed homogeneity of our universities may be a function of how and why we are asking certain questions, as well as where we choose to focus our attention.