Academics from chemical engineering, medicine and economics received the nation’s top civilian honour – the Companion of the Order of Australia. 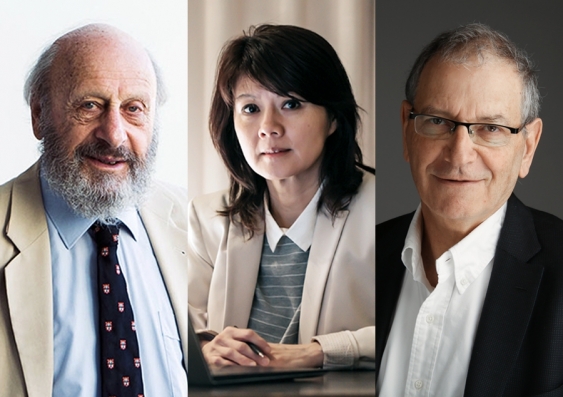 More than 100 members of the UNSW Sydney academic community were honoured for their contribution to Australian society in the 2018 Queen's Birthday Honours, including four who received the nation’s top civilian honour – Companion in the General Division of the Order of Australia (AC).

Three UNSW academics and a former refugee rights advisory board member received the Companion of the Order of Australia honour. A total of ten AC honours were announced on June 11.

“Congratulations to the UNSW community members who received 2018 Queen’s Birthday Honours.  The diversity of work that has been recognised demonstrates a pioneering spirit that is alive throughout the UNSW community,” Jacobs said. “Thank you for your contributions to our university, as well as the significant impact your work has on a global scale.”

Those appointed a Companion of the Order of Australia (AC) include:

Scientia Professor Rose Amal was recognised for eminent service to chemical engineering, particularly in the field of particle technology, through seminal contributions to photocatalysis, to education as a researcher and academic, and to women in science as a role model and mentor. Amal, a UNSW Scientia Professor and Australian Research Council Laureate Fellow, is pioneering work using sunlight to convert carbon dioxide into a sustainable and renewable source of energy. Amal is also a passionate advocate and mentor for the next generation of women in chemical engineering. Born in Indonesia, Amal was the youngest woman to become a professor of chemical engineering in Australia.

The late Scientia Professor of Medicine David Cooper was recognised for eminent service to medicine, particularly in the area of HIV/AIDS research, as a clinician, scientist and administrator, to the development of treatment therapies, and to health programs in South East Asia and the Pacific. Cooper, who passed away in March, served as director of the Kirby Institute at UNSW for 32 years. He made significant contributions to the University and broader society, with a 30-year career dedicated to research into HIV epidemiology, treatment and prevention that has saved countless lives in Australia and globally. Cooper was recognised as a world-leading HIV clinician and clinical investigator who authored more than 800 published scientific papers. He was among the first responders when the HIV epidemic reached Australia in the early 1980s and was pivotal in the ongoing fight against HIV. Cooper was appointed an Officer of the Order of Australia (AO) in 2003 for “service to medicine as a clinician, researcher and leading contributor in the field of HIV/AIDS research and to the development of new treatment approaches.”

Emeritus Professor of Economics Geoffrey Harcourt was recognised for eminent service to higher education as an academic economist and author, particularly in the fields of Post-Keynesian economics, capital theory and economic thought. An honorary professor at the UNSW Business School, Harcourt has been acknowledged as a leading voice on economic thought in Australia and a world authority on pioneering British economist John Maynard Keynes, and the followers of Keynes. During a career spanning more than 60 years, Harcourt has authored, co-authored, edited or co-edited 33 volumes, as well as over 400 articles, book chapters and reviews. In addition, Harcourt spent 36 years at the University of Cambridge where he was the first Australian appointed to the economics faculty. He was made an Officer of the Order of Australia (AO) for his service to Economic Theory and History of Economic Thought in 1994.

The Honourable Catherine Margaret Branson QC was recognised for eminent service to the judiciary as a Judge of the Federal Court of Australia, to the law as an advocate for human rights and civil liberties, to judicial administration and professional development, and to governance roles in tertiary education. Branson served as an advisory board member for the Andrew and Renata Kaldor Centre for International Refugee Law between 2013-2017.

For the full list of UNSW academics and alumni recognised in the Queen's Birthday Honours, click here. The complete list of recipients can be seen here.