The Greek Australian Archive will document the lives of post-war arrivals, their tales of success and adversity, and produce an online collection for the NSW State Library, says historian Nicholas Doumanis. 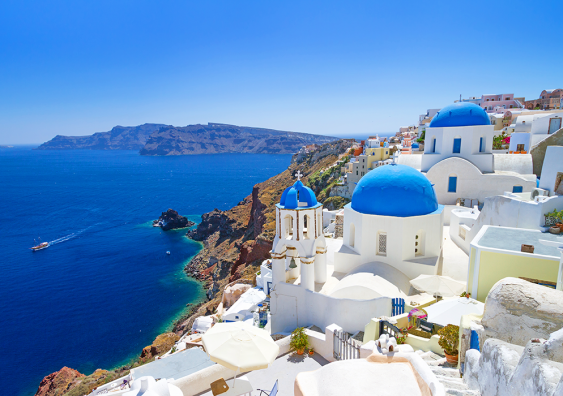 A team from UNSW Arts & Social Sciences is recording the stories of Greek migrants who arrived in Australia post-World War II in an attempt to combat stereotypes and capture their untold history.

“While the history of early Greek pioneers has been well documented, no comprehensive archive covers the post-war years,” says Associate Professor Nicholas Doumanis, an expert in European history.

“This is despite the fact that most Greek migrants moved to Australia after World War II.” 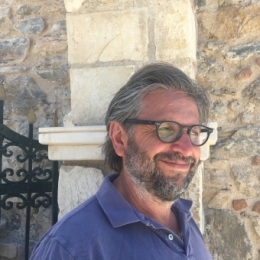 The Greek Australian Archive, undertaken in partnership with the State Library of NSW and the Greek community, will recount the stories of about 100 post-war Greek migrants alongside artefacts and memorabilia such as letters, photographs, films, diaries and postcards.

A/Prof. Doumanis says Greek history in Australia has traditionally been told from a top-down perspective, so the digital exhibition will help us understand that post-war migration experience “through the eyes of the migrants”.

“It will fill this gap because it is focused on ordinary Greek families, how they lived and the things they valued and achieved,” he says.

A/Prof. Doumanis and his colleagues Professor George Kouvaros and Dr Efrosini Deligianni will complete the archival collection and online exhibition for the State Library of NSW in 2022.

A/Prof. Doumanis says he wants to record the experiences of post-war Greek migrants before they pass away and their histories are lost forever.

“The community doesn't really have a central repository,” he says. “If someone wants to study their history, there isn't much to go on. So it’s possible their histories will disappear or we’ll be stuck with caricatures like Con the Fruiterer.”

Con the Fruiterer was a popular Greek-Australian TV character played by actor Mark Mitchell on the Comedy Company, which was broadcast across Australia and New Zealand during the 1980s.

A/Prof. Doumanis says although he has no issue with Con, but his parents’ generation regarded the TV character as a negative stereotype.

“They had to endure a lot of these put-downs. They were often ascribed a stereotype and often teased.

“So, I am worried we’re going to be stuck with that fruiterer image because nobody has bothered to study this community.”

A/Prof. Doumanis says most Greek migrants had to learn English after arriving from villages where “at best” they had obtained a primary school education.

“They came from a country which worked completely differently,” he says. “And they still had to try and figure out how to work their way into a new society which wasn't really welcoming [in the 50s and 60s].

“We’re also looking at why they formed the communities, why they clustered in certain neighbourhoods, and how they benefitted from them.”

A/Prof. Doumanis says post-war Greek migrants wanted to retain a connection to their culture, particularly to the Greek language, dances and food.

They also held onto traditions such as Greek weddings, baptisms and annual festivities like Easter and Christmas, he says.

“What the Greeks did was to renegotiate what Australian culture offered. So they brought their own old-world traditions and reworked them to fit into the new landscape. But it often produced odd results.”

He gives the example of how the US-filmed My Big Fat Greek Wedding film has come to represent Greek-Australian marriages rather than those in Greece which he says are "extremely different".

“Traditional Greek weddings are huge and people do spend a lot of money,” he says. “But they [Greek weddings in Australia and the US] are also different because they take on all sorts of modern western influences, often the worst ones: big wedding cakes, big halls, big numbers of people, speeches and more

“So, now the younger generation think these weddings are authentically Greek.”

Among the stories of triumphs, hardships and ambitions, A/Prof Doumanis says there are unspoken truths that are difficult to access due to the conservative nature of this community.

“When they arrived in Australia, they sought out each other and got their information via Greeks who were already here and knew the language,” he says. “Then they quickly built up capital and bought houses and tended to accumulate properties.

“And suddenly these people from humble villages have huge property portfolios and did really well.”

But occasionally he will speak to someone who has a very different story, he says.

“There’s … tragic stories of women in Greece who were betrothed to men in Australia. And the women would arrive, but the men would look nothing like their photographs.”

A/Prof. Doumanis says he hopes their exhibition will shed light on these unspoken narratives that offer a different lens on the history of Greek migration.

Professor George Kouvaros, an expert in material culture, will be looking at how post-war Greek identities were formed through objects and the way they set up their homes.

“For example, there’s what we call a xenónas, which is a formal room for guests,” A/Prof. Kouvaros says. “It’s got all this furniture we were never allowed to sit on. And often people would keep plastic on the couch, so nobody could sit on it.”

Other items such as doilies, or the tendency to concrete their gardens, and even the way they stood in photographs will speak subtle volumes about this era, he says.

How history can challenge the narrative of blame for homelessness