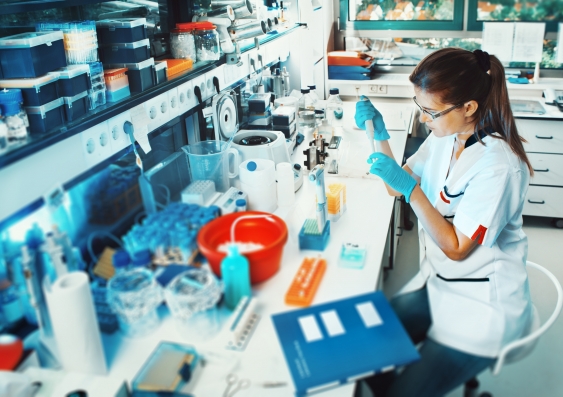 The human papillomavirus vaccine Gardasil, widely used in protection against cervical cancer in women and HPV-related cancers in men, began life in 1991 at the University of Queensland, when a research team led by scientists Jian Zhou and Ian Frazer found a way to make “virus-like particles” that could activate the immune system and form the basis of a HPV vaccine.

Further research at UQ and at Georgetown University, the University of Rochester and the National Cancer Institute in the US led to a vaccine used by millions today and credited with saving thousands of lives.

Two lessons emerge here: that government funding of research to drive the pipeline from discovery to application can lead to human benefits and economic growth disproportionate to the initial investment, and that the ­alternative — “wait and see what others do” — is not a policy so much as a recipe for economic decline. In the run-up to the budget, as the government again considers proposals for managing university funding, including cuts that would have an impact on research capacity, these points need careful examination.

While Australia focused on in-ground resources during the mining boom, Israel, Singapore, China and Britain were developing their intellectual resources, building substantial research infrastructures that promise major economic benefits. This is a model Australia can emulate. Our universities have remained competitive in research by careful use of government support and by finding research funding from other sources. Much of the infrastructure and expertise required is in place: the government needs to nurture the discovery-application research pipeline leading to economic benefit by protecting and enhancing research funding.

Many will ask, in times of belt-tightening, why should university research be spared? And they will wonder why the private sector doesn’t step in as it does in the US.

The truth is that research in US universities overtook research by industry in scale 60 years ago, and almost every technological breakthrough since has involved government investment in research. As Microsoft Research vice-president Peter Lee says: “If you take any major information technology company today … you can trace the core technologies to the rich synergy between federally funded universities and industry research and development.”

That is the key to economic success, and has been for decades.

My own university, the University of NSW, is a partner with King’s College London and Arizona State University in the global PLuS Alliance, which fosters research and teaching collaboration. ASU president Michael Crow, a strong advocate of government funding for basic research, cites the 1940s efforts of John Bardeen, William Shockley and Walter Brattain: working on alternatives to the fragile, glass vacuum-tube amplifiers of the day, they developed the world’s first solid-state transistor, without which no modern electronic device would operate. Again, the kickstart of this incredible revolution was government funding, as it was with the CSIRO’s work on Wi-Fi.

Government investment in basic research is a sound investment that yields substantial returns, and is neither wasteful nor a donation. The OECD says countries such as Denmark and Sweden have forged ahead of the US in funding of university research as a share of GDP. For a nation that built much of its enormous wealth through innovation, the US is glumly said to be facing an “innovation deficit”. China now leads the world in patent applications.

And Australia? We are doing reasonably well but could be doing much better. A UNSW-commissioned 2015 report from Deloitte estimates that research conducted by Australian universities generated $160 billion per annum in 2014, almost 10 per cent of GDP. It could and should be much more.

To maintain our standard of living, Australia needs new job-creating ecosystems. Since industry in Australia has largely abandoned basic discovery research, that key phase in driving the discovery-application pipeline towards an innovative economy depends heavily on harnessing the expertise and capacity of leading researchers in our universities and attracting new research talent to Australia.

Advanced circuitry, synthetic biology, quantum computing and photovoltaics are known, cutting-edge fields of current research. With astute targeting of government investment in university research, a pipeline of discoveries can lead to new industries, new occupations and new exports. Without it, it is reasonable to ask how Australia will compare in 2037 with, for example, Singapore, South Korea and China, where massive investments in research will yield rich technologies that will create prosperity.

This virtuous cycle makes nations richer, while a diminishing research loop makes other nations poorer. And between those two extremes is not an economic comfort zone but potential stagnation. The choices facing Australia in this regard are quite stark.

Why regional universities are at risk of going under

Funding cuts are a poor response to educational credentialism

ASEAN summit: universities are our gateway to the region