lnternational Director and Head of Student Recruitment for the University of Glasgow, Ms Fiona Docherty, has been appointed Pro-Vice-Chancellor (International). 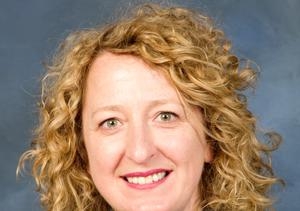 Ms Docherty will replace Ms Jennie Lang, who will move to a new executive role as Vice-President of Advancement for the University in October.

Ms Docherty has served as International Director and Head of Student Recruitment at Glasgow since early 2009. She played a key role in implementing a new internationalisation strategy, which increased international student numbers at the university by more than 40 per cent and contributed to Glasgow being judged first in the UK and third in the world in the 2011 ISB independent student survey.  Ms Docherty was previously Head of Visitor Services and Business Development at the heritage agency Historic Scotland.

"Jennie Lang has done an outstanding job as P-V-C, providing leadership not only within the University but across the sector on issues relating to international education. We will of course be paying full tribute to Jennie's achievements closer to her move to her new role.

"I’m confident that Fiona will build on that success. Her experience in developing high-level institutional strategies and her skills in business development will be invaluable. We look forward to welcoming Fiona to UNSW.”