Former Vice-Chancellor Sir Rupert Myers will lead celebrations today marking the 50th anniversary of the signing of an agreement to provide officer cadets with degree studies for the first time. 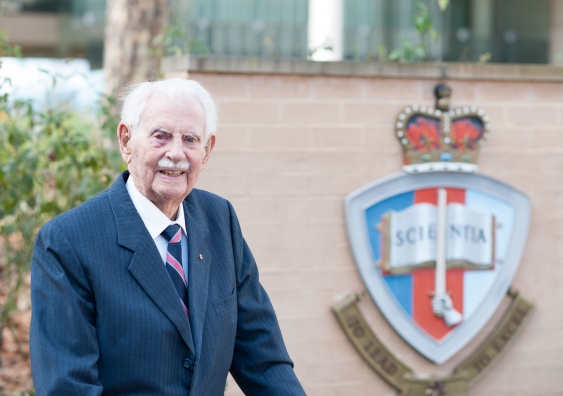 In 1967, as troops were sent to South Vietnam to fight in an escalating war that would divide the nation, the senior staff at one of Australia’s newest universities were actively pursuing better educational opportunities for the country’s young officers.

Today, the University of New South Wales (UNSW) and the Australian Defence Force (ADF) celebrate the 50th anniversary of the signing of an agreement to provide newly recruited Navy and Army officer cadets at the Royal Australian Naval College (RANC, Jervis Bay) and the Royal Military College (RMC Duntroon) with a chance to undertake degree studies for the first time.

Former UNSW Vice-Chancellor, Professor Sir Rupert Myers, was instrumental in setting up the agreement between UNSW and the Services and today remains the last living personal link with Australia’s longest-running educational partnership, following the death of former Army Minister and Prime Minister, Malcolm Fraser. UNSW now enrols around 2000 Defence-sponsored students in undergraduate and postgraduate coursework programs at its Canberra campus.

In the context of a complex and controversial war that would not end for another five years, the need for uniformed officers to receive a balanced and liberal education seemed to me self-evident.

Now aged 96, Sir Rupert recalls the agreement of 1967. “The armed forces were conscious that they needed a university partner to meet their educational needs,” he said. However, the partnership was initially conceived only in the short-term, so no formal signing was arranged – documents were exchanged through the post.

Sir Rupert fought to overcome resistance from his own colleagues who felt an academic education could not be delivered in a military environment and from the leaders of other universities who feared the potential controversy generated by a link with the military just as the Vietnam War was becoming deeply unpopular. He recalls: “It is, perhaps, not surprising that some of my own colleagues could not see the value of what the University was attempting to do. But in the context of a complex and controversial war that would not end for another five years, the need for uniformed officers to receive a balanced and liberal education seemed to me self-evident.” 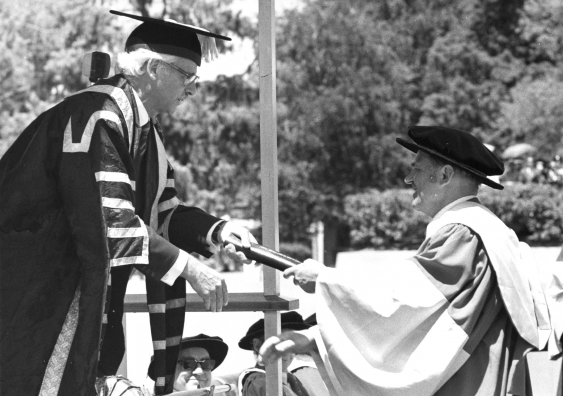 Sir Rupert presents a doctoral testamur during a graduation ceremony at RMC Duntroon in the 1970s. Photo:UNSW Canberra

In his time as UNSW Pro-Vice-Chancellor (1960-69) and then as Vice-Chancellor (1969-81), Sir Rupert worked closely with the Services and with the Department of Defence especially after the Commonwealth Government decided to establish a tri-Service Academy in Canberra. When a proposal to set up a separate university failed to secure the backing of the nation’s vice-chancellors, Sir Rupert responded enthusiastically to the Defence Minister’s request for a continuing partnership with UNSW.

“My last official duty before retiring as Vice-Chancellor in 1981 was signing the agreement to establish the University College [UNSW Canberra] that would operate within the Australian Defence Force Academy. It was a moment of immense pride and what I still consider as one of my most satisfying contributions.

“Such an outcome was unimaginable in 1967, for either partner. Much more has been achieved than detractors thought possible, while the critics’ worst fears have never materialised,” says Sir Rupert.

UNSW Canberra Rector Michael Frater says the relationship between UNSW and the Australian Defence Force has come a long way in 50 years. “UNSW is now a Group of Eight university that includes a very substantial campus in Canberra with annual revenue now exceeding $100 million,” he says.