Professor Simmons joins presidents and prime ministers who have deepened the relationship between Australia and the United States. 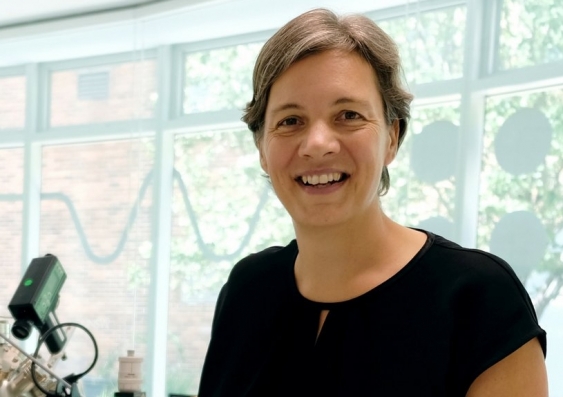 UNSW Sydney quantum physicist and 2018 Australian of the Year Professor Michelle Simmons has been appointed Honorary Patron of Mateship by the Australian Embassy in the United States.

The Mateship initiative, a campaign by the Australian Embassy in Washington DC, promotes the strong Australia-US bilateral relationship. In July 2018 the alliance celebrated its 100th anniversary, a centrepiece of the 100 Years of Mateship program. The program looks to strengthen the countries’ future cooperation on science, innovation and space policy.

Professor Simmons will serve as Honorary Patron of Mateship in recognition of her personal contribution to the bilateral relationship through her significant work and collaboration with US-based research teams.

Other Honorary Patrons include former Australian prime ministers, former US presidents, former ambassadors and other prominent individuals who champion the close relationship between Australia and the United States.

“It is an honour to be involved with the Mateship campaign, particularly as it looks to the future of science and technology,” said Professor Simmons.

“Collaboration underpins successful partnerships and it is something that we, as Australians, do really well. I look forward to contributing to the alliance in my role as an Honorary Patron of Mateship.”

Professor Michelle Simmons with participants at the White House summit.

Joe Hockey, the Ambassador of Australia to the United States, said that on behalf of the Australian government, he was  thrilled to announce the addition of Professor Simmons as an Honorary Patron of the Mateship program.

“Professor Simmons has led an exceptional career pioneering research and inspiring leadership in quantum computing,” he said. “She is a remarkable example to Australians and Americans of the broad reach of shared endeavours between our two nations and her invaluable work, leadership and advocacy is something to be admired by all.”

In September, the Australian Embassy in Washington hosted Professor Simmons at a number of events that showcased Australia’s leadership in science and research and its strong collaboration with the US. This role was further highlighted by Professor Simmons’ participation as Australia’s representative at the White House Summit for Advancing American Leadership in Quantum Information Science.

Professor Simmons is an expert in quantum computing and has pioneered unique technologies internationally to build electronic devices at the atomic scale. As Director of Silicon Quantum Computing Pty Ltd and of the Australian Research Centre of Excellence for Quantum Computation and Communication Technology at UNSW Sydney, Professor Simmons is, with her team, at the forefront of developing a silicon-based quantum computer: a powerful new form of computing that could transform information processing.