The new round of grants will support research in arts and social sciences, built environment, business, engineering, law, medicine and science. 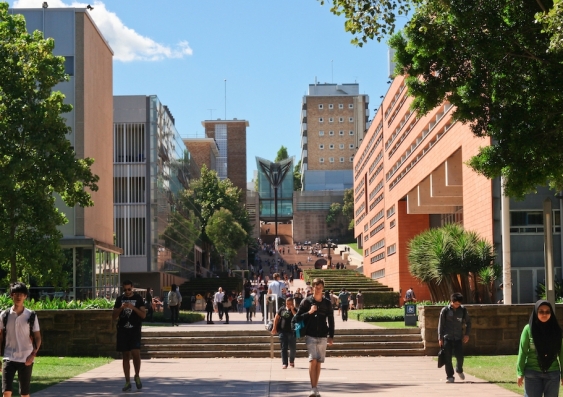 UNSW Science and Engineering were awarded the lion's share of the University's grants in the 2021 Discovery Projects round.

UNSW researchers covering topics as diverse as financing healthy ageing, ethics-related metrics for transport network systems, and urban flood modelling at speed and scale have secured funding in the latest Discovery Project (DP) round from the Australian Research Council (ARC).

The ARC’s Discovery scheme aims to expand the knowledge base and research capacity in Australia and support research that will provide economic, commercial, environmental, social and/or cultural benefits for the nation.

In total, 66 UNSW projects have received more than $32 million, with UNSW Science and Engineering being awarded the lion’s share. Science has secured 28 DP grants, with total funds of more than $13 million, while Engineering has 21 projects totalling more than $9 million.

Professor Nicholas Fisk, Deputy Vice-Chancellor, Research, congratulated the University’s researchers on their exemplary grant success – fuelling them up to address some of society’s most pressing challenges and improve outcomes for all Australians.

“DPs – this is the highly competitive Commonwealth funding instrument that drives much of Australia’s world-leading university research. So, it’s great to see UNSW’s dollar yield is up considerably this year, and our second-best since the 2014 round. Indeed, there remain a number still to be announced pending security review by the minister. Year-on-year UNSW is again in the top three in the nation, a tribute to its long-run strength in discovery,” he said.

Among the successful recipients is Professor Michael Kean at UNSW Business School who has received $1,503,914 for ‘Optimal tax policy meets modern labour supply theory’. Specifically, the project seeks to determine the optimal combination of taxes on income, capital and consumption to raise necessary revenue while minimising disincentives for work and capital formation.

Professor Marcel Dinger at UNSW Science has received $912,619 for ‘Gene regulation by retroelement encoded natural antisense transcripts’. Genetic information underpins all life on Earth and is processed to make proteins, which determine the characteristics of an organism. However, only about 2 per cent of our whole genome is made up of genes that encode proteins; the other 98 per cent is non-coding and its function remains poorly understood. This project aims to use cutting-edge genomic technologies to generate new knowledge about how the non-coding genome regulates the expression of protein coding genes.

Scientia Professor Andrea Morello at UNSW Engineering has received $804,269 for ‘Quantum sensing from the bottom up with engineered semiconductor devices’. This project aims to develop electronic devices that work as sensors of electromagnetic fields, wherein genuine quantum effects are used to reach unprecedented gains in sensitivity.

Professor James Colebatch at UNSW Medicine has received $820,000 for ‘Imaging the human cerebellum during motor learning and timing’. Developments in non-invasive imaging of cerebellar activity have opened up exciting new opportunities to probe its wider functioning. The project aims to further develop these new methods to facilitate their availability to the wider research community, and to demonstrate their utility by application to the role of the cerebellum in learning and timing.

Professor Alison Bashford at UNSW Arts & Social Sciences has received $555,576 for ‘Antipodean geology: a modern history of southern hemisphere Earth’. This project aims to produce a modern history of the ancient mega-continent Gondwanaland. An international team intends to reorient the history of geosciences towards the southern hemisphere by investigating geologists working in Australasia, South Asia, South America, Southern Africa and Antarctica since 1788.

Professor Luke McNamara at UNSW Law has received $386,139 for ‘Violence, risk and safety: the changing face of Australian criminal laws’. Criminal laws have been radically transformed to keep Australians safe from violence. This project aims to complete the first national study of how and why criminal laws have proliferated and diversified so significantly.

Professor Roger (Hal) Pawson at UNSW Built Environment has received $291,012 for ‘The financialisation of older persons residential parks and rental villages’. The project aims to explore and explain contemporary change in the residential parks and communities and rental villages sectors, and to set out policy implications, including for housing affordability, housing legal right, ageing support and care, and financial services consumer protection.