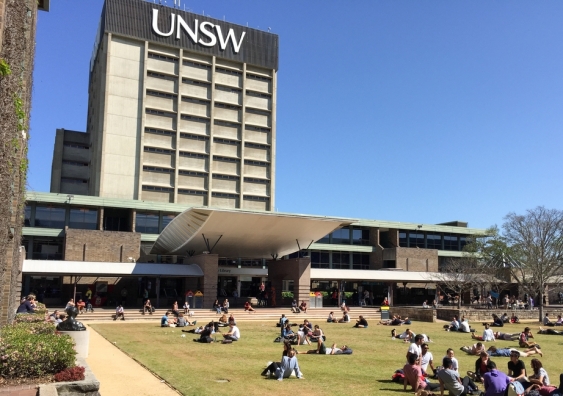 UNSW has 20 subjects ranked in the top 50 globally.

UNSW Sydney will end the year positioned at 81st in the world after the last of the most influential international university league tables released its rankings today.

The 2019 Times Higher Education (THE) World University Rankings placed UNSW 96th out of 1,258 institutions ranked worldwide, and one of only six Australian universities ranked among the top 100.

UNSW benchmarks itself on three rankings – the THE, the Academic Ranking of World Universities (ARWU, 102nd) and the QS World University Rankings (45th). On the average of these rankings UNSW is now placed 81st in the world, a rise of seven places over 2017.

“My thanks to everyone in the UNSW community for the outstanding work in sustaining our rise in the rankings, whilst also delivering on our equally important objectives in teaching and learning, equity and diversity, thought leadership, knowledge transfer and global impact,” said Professor Ian Jacobs, UNSW President and Vice-Chancellor.

“This overall rise is in line with our target of an average top 50 place in these three rankings by 2025. The big rise of 31 places in the ARWU this year was pleasing but the fall in the THE ranking is a reminder that we have much more to do to continue our rise in a competitive global environment.”

The UK-based THE rankings are calculated using 13 performance indicators grouped into five areas: teaching, research, citations, international outlook and industry income. The research, teaching and citations components of the rankings are each worth 30% of the total score.

UNSW’s scores rose in the teaching pillar but dipped slightly in the research and citations pillars.

UNSW’s strongest pillar was in international outlook, which measures the ability of a university to attract undergraduates, postgraduates and faculty from all over the world. The University is ranked in the first decile.

The University’s strong performance across the three main league tables this year was driven by its significant rankings gain in the 2018 Academic Ranking of World Universities where UNSW Sydney leapfrogged 31 spots to 102nd among global universities. The climb up the ranking signified the largest annual rise in the ARWU rankings in the history of UNSW and the biggest this year among Go8 universities.