Opinion Vital Signs: A global carbon price could soon be a reality – Australia should prepare

Australia faces a carbon tax being imposed on it by its trading partners. It's time to get ahead of the curve. 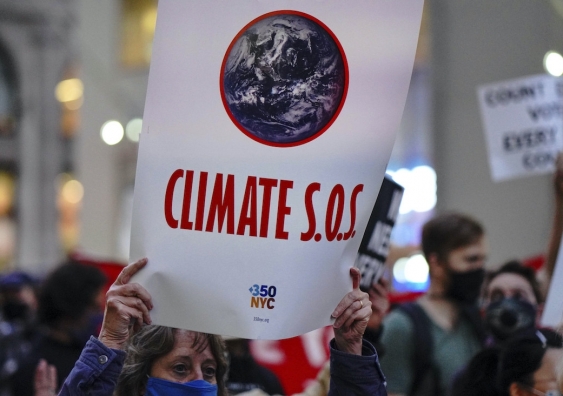 As well as restoring dignity to the Oval Office, another thing that will definitely change under a Biden presidency is US policy on the environment.

Biden’s plan for “a clean energy revolution and environmental justice” includes rejoining the Paris Agreement on climate change, investing US$1.7 trillion over the next decade in “green energy” and achieving net-zero greenhouse gas emissions by 2050.

The European Union, Japan and South Korea have already committed to net-zero emissions by 2050. China’s net-zero target is 2060.

With the US joining the fold, the implications for Australia could be huge.

The European Union has already announced it is considering a carbon border tax. This would involve a tariff on imports from nations without a price on carbon similar to the EU. The tax would be proportional to the amount of carbon in the imports, and the relative difference in carbon price between Europe and the exporting country.

This type of “border-adjustment tax” is a smart way to protect domestic industries from being undercut by imports from other countries without a price on carbon.

It would make eminent sense for the US to follow suit.

If so, things get really interesting. It would make it even harder to challenge such taxes as trade restriction before the World Trade Organisation. It would trigger similar moves by other countries serious about tackling climate change. 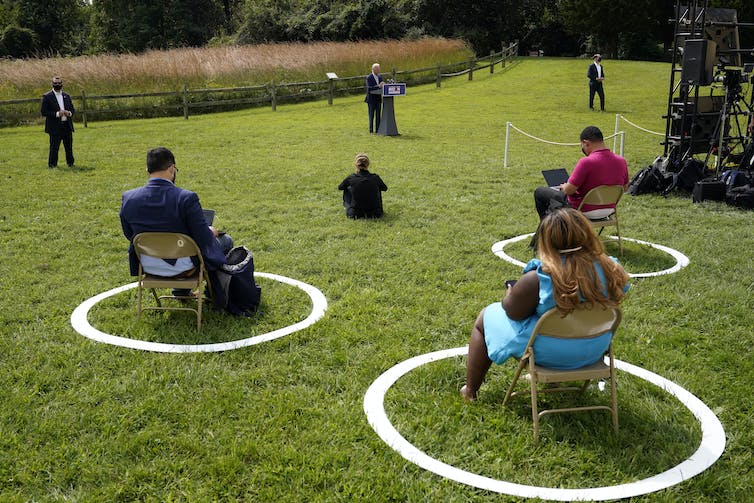 In fact, a border-adjustment tax is part of the US Climate Leadership Council’s proposal for a carbon tax and “carbon dividend” – returning all net proceeds from the tax to the American people on an equal basis.

If most of our trading partners have a carbon border tax, then Australia will have a price on carbon – but only for exporters.

This will leave the Australian economy in a bad position.

With no price on carbon internally, no serious commitment to reduce emissions and a vain hope of meeting our Paris Agreement obligations through dodgy accounting tricks and future technological innovation, the rest of the world is unlikely to be sympathetic.

There is a better way: enact our own carbon dividend plan.

In 2018 law professor Rosalind Dixon and I proposed a plan for Australia similar to the Climate Leadership Council’s. 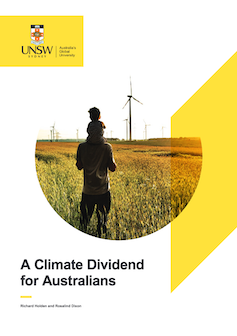 Our Australian Carbon Dividend Plan involves a price on carbon, with the proceeds being distributed as a dividend, equally, to every voting-age citizen.

It also allows for a border-adjustment rebate so exporters aren’t penalised if exporting to countries without a similar price on carbon.

This would see a significant majority of Australians better off financially, and help protect exporters while we transition to cleaner energy.

It would also give the Australian government’s Technology Investment Roadmap (to accelerate the use of low-emissions technology) a chance of working. It makes no sense to bet on technology without using market price mechanisms to give suppliers and buyers the right incentives to develop and adopt the most effective technologies.

Read more: Fresh thinking: the carbon tax that would leave households better off

The world is acting

The US just voted out a climate denier and is now going to take serious action on the environment. Europe is already acting. Our major trading partners are committing to net-zero targets.

We’re getting left behind. This ought to provide the impetus to put Australia’s climate wars to rest. Even if our elected politicians don’t want to do something serious about climate change for moral reasons, they now have little choice but to do so for practical reasons.

And that involves a price on carbon. Otherwise our exporters are going to be seriously disadvantaged. Using the proceeds from that price on carbon to pay it back as a dividend to Australians would be the best way forward.

Vital Signs: What if Biden's $1.9 trillion stimulus plan is too big?