Opinion What now for Australian research in a post-Brexit world?

Australian researchers engage in collaborative programs with both the UK and the rest of Europe. So what does Brexit mean for those collaborations? 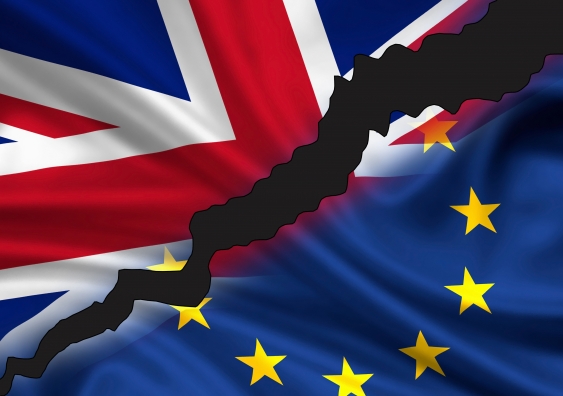 OPINION: Nobody can yet predict exactly what the ramifications will be now the United Kingdom has voted to leave the European Union but UK science commentators are already foreshadowing Brexit Mark 2 – a Brain Exit of researchers.

Brexit has created incredible uncertainty. The potential disruption that it may cause to the many international collaborative research programs involving the UK is something the international scientific community could certainly have done without.

Whatever form the Brexit negotiations take, and however long the timeline, the disruption is real. It will be more so if Brexit causes still wider political and economic instability.

There will likely be some aftershocks felt here too for some considerable time given the extent that Australian researchers engage in collaborative programs with both the UK and the rest of Europe.

Firstly some facts. UK researchers are among the most internationally collaborative in the world. Around 60% of the roughly 120,000 research articles published each year by UK-based authors are co-authored with international collaborators. More than half of these are in the EU.

According to the 2013 report on International Comparative Performance of the UK Research Base, more than 70% of UK researchers working between 1996 and 2012 published papers while affiliated with non-UK institutions.

Unsurprisingly, the more internationally collaborative researchers are significantly more productive than those researchers who stayed at home and were more inwardly focused.

About 28% of academic staff in UK universities are non-UK citizens. Again, more than half of these are from the EU.

If, as has been suggested, the UK ramps up restrictions on mobility and work entitlements, it is possible that many of these researchers will choose or be forced to leave.

Until now, Britain has been a very significant net beneficiary of EU research funds. It received an estimated €8.8 billion funding between 2007-2013 on the strength of an estimated €5.4 billion contribution. This made it the second most successful nation behind Germany.

Looking forward, it is estimated that UK research could be £1 billion worse off each year as a consequence of the decision to leave the EU.

The most significant impact could potentially be felt by research programs funded through the Horizon 2020 program.

This 30-year collaborative research and innovation framework is by far the largest research funding mechanism in Europe, and one of the largest in the world. In the current funding cycle that runs from 2014-2020, an estimated €80 billion funding would flow to researchers in EU member states and associated nations.

While some non-EU members have negotiated eligibility to apply for Horizon 2020 funding, eligibility is conditional upon the free movement of people. In the UK’s case, continued access to the Horizon 2020 program may need negotiation.

Australia may participate in Horizon 2020 projects as a non-associated industrialised third country. But projects are not automatically eligible for funding. Accordingly, much of Australia’s access to European research and research funding is leveraged through collaborations in the UK.

We should also note that there are large numbers of research students from EU member nations studying in the UK, a significant proportion of the research workforce. There are concerns that these students might now be categorised as “international” students and face significant fee increases to study in the UK.

If this does take place and the UK does become a more expensive destination for European research students, it is likely that higher education institutions in Australia, the United States and Canada will all benefit as alternative English-language study options for European students.

There are strong natural links between Australia and the UK. It is possible that the UK decision to leave Europe may actually provide new opportunities for Australian researchers.

The UK will now be potentially more open to the rest of the world. Having the UK as part of the EU has often meant that there was preferential access to positions, resources, collaborations and so on for those who were part of the EU. The lifting of that restriction may well provide new opportunities for Australia.

The Australian Academy of Science is recommending the expansion of Australia’s bilateral and multilateral collaborations with a variety of partner countries in regions including Asia, East Asia, the Americas and the EU.

Andrew Holmes is President of the Australian Academy of Science, Laureate Professor Emeritus, University of Melbourne

Cheryl Praeger is Professor of Mathematics and Statistics, University of Western Australia

Les Field is Secretary for Science Policy at the Australian Academy of Science, and Senior Deputy Vice-Chancellor, UNSW.