The best way to test the impact of student fee deregulation on the university sector is not to compile yet another report, but to try it in specific areas, “learning from doing”, argues UNSW Vice-Chancellor Fred Hilmer. 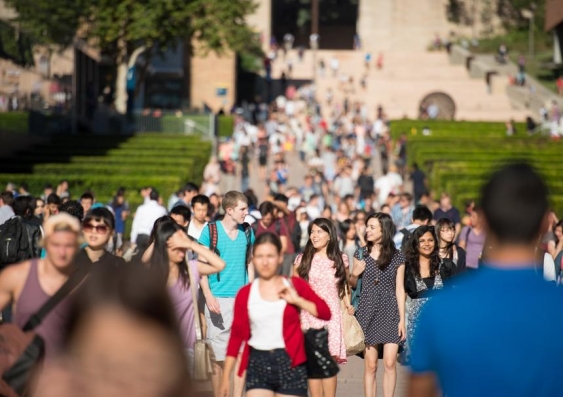 OPINION: Given the vociferous reactions to its report, the National Commission of Audit could hardly be accused of an overly cautious approach to economic reform. So why recommend that the federal Education Minister take another 12 months to consider options on the deregulation of university fees?

One of life’s great lessons is timing is everything. After years of thrashing out this issue within the sector, in extensive public debate, in expert reports, in submissions to government, there appears to be significant momentum for change.

The acceptance in the university community of the need for reform is at a level rarely seen on any issue. The directions for reform are similarly clear. As Melbourne University vice-chancellor Glyn Davis has pointed out, while universities have been hoping and lobbying for years for more government money, the decline in funding per student seems inexorable. There is therefore now a broader acceptance of the need for fee deregulation, particularly with the opening of university education to thousands more students, and the increasing private benefit to those who complete university studies.

Hopefully, the public is also beginning to see that change is necessary if we are to have a dynamic, diverse and financially viable higher education system. We need to build on this momentum.

The commission of audit report favours fee deregulation, pointing out that allowing universities to determine their own prices should improve efficiency through competition that would drive innovation and quality improvements. Its argument for delay is that further work is required to assess whether market forces would result in distinct price differentiation between different courses and universities.

I believe the best way to test the impact of fee deregulation on the sector is not to compile yet another report, but to try it in specific areas, “learning from doing”.

This is not to say we should be reckless in introducing major change. Experience in the competition and banking reforms is that “big bang” deregulation often has unintended consequences. Successful reform is typically implemented in logically incremental steps, so that social as well as economic impact can be carefully monitored.

The immediate step could be, as I have argued previously, to deregulate fees in areas of high private benefit to the student, such as business and law, with requirements for scholarships to protect the disadvantaged. A cap on fees could be retained and linked to, but less than the fees paid by international students.

If there is one area where delay may be appropriate, it is the Higher Education Loan Program (HELP). Obvious holes need plugging, such as recovering repayments from graduates working overseas, but the commission’s proposal to increase the interest factor on student loans and lower the threshold at which loans must be repaid to the minimum wage could undermine equity and access.

It is the access provided by HELP that makes reform involving higher fees feasible.

Hopefully the premise of this proposal is that the overall level of funding would increase - that is, that the government would not reduce its contribution to the point where the system is not substantially better funded than is the case today.

Report after report – from Bradley to the U21 system benchmarking – indicate a funding deficit of at least 10 per cent for teaching, and far more for research.

Allowing increases in fees, without these increases flowing to improve quality, would represent an exercise in cost shifting, not an investment in a key part of our intellectual infrastructure.