Ketamine is being trialled in people with severe depression and is providing almost instant relief from symptoms, offering fresh hope of a quick new way to manage the illness at its worst. 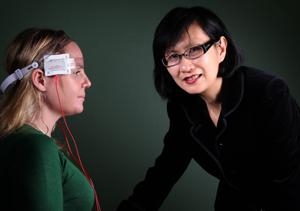 Recreational drug and anaesthetic, ketamine, is being trialled in people with severe depression and is providing almost instant relief from symptoms, offering fresh hope of a quick new way to manage the illness at its worst.

Ketamine, known colloquially as “Special K”, has been shown to alleviate depression in a matter of minutes or hours instead of the weeks it can take some conventional medications to treat the illness.

University of New South Wales researchers are leading the Australia-first clinical trial of ketamine to determine if it could be the next frontier in treating depression, which affects around 15 per cent of the population.

Professor Colleen Loo, from UNSW’s School of Psychiatry and the Black Dog Institute, says while traditional antidepressant drugs remain useful, ketamine is envisaged as an additional treatment option, not a replacement.

“The only other antidepressant treatment that comes anything close to it is electro-convulsive therapy, or ECT, the most effective proven treatment for depression.”

Researchers are investigating the body’s response to ketamine by administering a range of small doses in the placebo-controlled trial, given by intravenous infusion under careful medical monitoring.

Ketamine works on a different part of the brain from other traditional antidepressants, which is helping researchers understand more about the brain and its role in depression.

“It’s a paradigm shift. All the other existing antidepressant medications work on receptor systems like serotonin, noradrenaline and dopamine, whereas this works on the glutamate system,” Professor Loo says.

A successful, ongoing trial could mean ketamine will be used in Australia in clinical settings within a decade.

Ketamine has so far been successfully trialled on a handful of people, with more participants being recruited. Anyone interested in participating in the trial should email n.katalinic@unsw.edu.au , contact 02 9113 1637 or visit the Black Dog Institute website for more information.

Candidates for the treatment are those adults with severe depression in need of medication but who haven’t responded to traditional treatments.

The trial is partly funded by NSW Institute of Psychiatry.

Watch an interview with Professor Loo in a UNSWTV video about the trial.