UNSW researchers will work in an international team to reduce the misuse of antibiotics that contributes to germs becoming resistant to medicines. 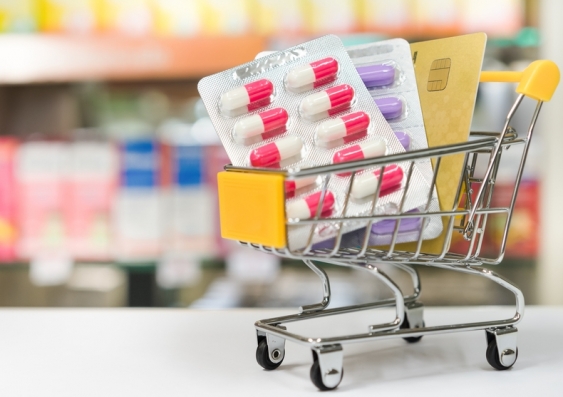 Researchers at the Kirby Institute at UNSW Sydney, the London School of Hygiene and Tropical Medicine and university partners in Indonesia have been awarded almost $2 million by the Australian government’s Indo-Pacific Centre for Health Security to investigate antimicrobial resistance in Indonesia, under the Stronger Systems for Health Security research grants scheme.

Antimicrobial resistance (AMR) occurs when germs such as bacteria become resistant to the medicines meant to treat them. The widespread over-the-counter dispensing of antibiotics, without prescription in many low- and middle-income countries, leads to inappropriate use of the drugs, and is a key risk for AMR. The grant, announced in Melbourne at the 1st Malaria World Congress by Julie Bishop, Minister for Foreign Affairs, as part of the government’s $300 million Indo-Pacific Health Security Initiative, will address this growing threat to regional health security.

According to Associate Professor Virginia Wiseman from the Kirby Institute, the vast majority of community pharmacies in Indonesia sell oral antibiotics without a prescription.

“Antimicrobial resistance has become a considerable danger to health and development in the Asia-Pacific region. Globally, it is responsible for around 700,000 deaths a year. Indonesia has a population of over 260 million people, and most of these people get their antibiotics from a private for-profit drug seller, without a prescription,” said Associate Professor Wiseman, who is Chief Investigator on the study. “Our research team will investigate ways to improve the dispensing of antibiotics in Indonesia. If we’re successful, this research has the potential to significantly reduce the scale of AMR in Indonesia and elsewhere in the region.”

In Indonesia, private drug sellers include pharmacies, drug stores and general stores. While they are convenient and affordable options, they are often unregulated and staffed by untrained personnel. In Indonesia it is illegal to dispense antibiotics without a prescription but the law is not widely enforced.

There is a poor understanding of the dispensing practices of private drug sellers, so it is difficult to design effective intervention strategies. The Indonesian Ministry of Health has requested support to develop strategies to improve private sector antibiotic dispensing and to inform its Action Plan for AMR. This multi-disciplinary study, a collaboration between the Ministry of Health, the Kirby Institute, Universitas Gadjah Mada, University of Sebelas Maret, London School of Hygiene & Tropical Medicine and the George Institute, will provide essential evidence and locally informed strategies to underpin the Indonesian national response to AMR. The funding for the study is drawn from Australia’s Overseas Development Assistance budget.

“To conduct this research, we will first collect baseline data on the current practices of private drug sellers throughout Indonesia. Based on these initial investigations, we’ll design and evaluate a series of interventions to improve the dispensing of antibiotics,” said Associate Professor Wiseman. “Our research and community partners in Indonesia will ensure our interventions have the best chance of working within the context of the Indonesian system. Following an analysis of the interventions, we’ll then design a national expansion strategy, which has the potential to not only save lives in Indonesia, but provide a model for improving responses to AMR in the whole Asia-Pacific region.”

The research team will work alongside Indonesia’s National Taskforce to further develop its Action Plan for AMR.