Australia to lead world-first trial in children with brain cancer

A researcher from UNSW Sydney and Children’s Cancer Institute has received a $1.1 million grant from the Australian Government to test a new treatment in children with brain cancer. 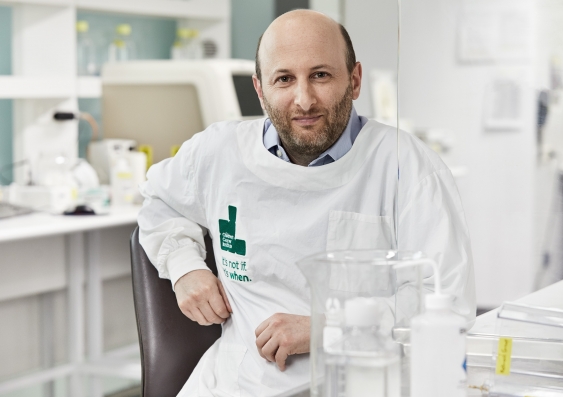 Associate Professor David Ziegler has received a $1.1 million grant to test a new treatment in children with brain cancer.

Australia will join an international clinical trial to test a new treatment in children with brain cancer, due to launch later this year. Brain cancer kills more children in Australia than any other cancer, with the Australian Institute of Health and Welfare reporting about 40 deaths each year in children under 15 years of age.

Funded by a $1.1 million grant from the National Health and Medical Research Council (NHMRC), part of a $3 million investment in childhood brain cancer research announced by the Australian Government this week, the trial will be led from Sydney Children’s Hospital, Randwick, and opened at every children’s hospital in Australia.

“Gliomas can be very difficult to treat.  When a tumour isn’t able to be removed by surgery, the child may face years of treatment and often suffers major morbidities. For such patients the only treatment options are cytotoxic chemotherapy and/or radiotherapy, resulting in significant short and long-term toxicity. We need new treatments that are not only more effective, but also much safer to use in children,” A/Prof. Ziegler said.

The new treatment being tested in the clinical trial could be just what’s needed. One of a new generation of drugs known as ‘targeted therapies’, it has been developed to target cancer cells directly and leave healthy cells unharmed, thereby causing far fewer side effects.

“The targeted therapy we will be testing has been specifically designed to shut off the genetic driver of this type of tumour, and can be taken as a daily pill,” A/Prof. Ziegler said. “If shown to be successful, it could replace chemotherapy as the standard treatment for this type of cancer, significantly improving quality of life for survivors.”

A statement issued by The Hon Greg Hunt MP, Minister for Health, said the government recognised the essential nature of clinical trials for evaluating the effectiveness and safety of medicines. “We will be monitoring the outcomes of this research closely and we look forward to seeing much needed support and access to better treatments roll out to children and their families,” it stated.