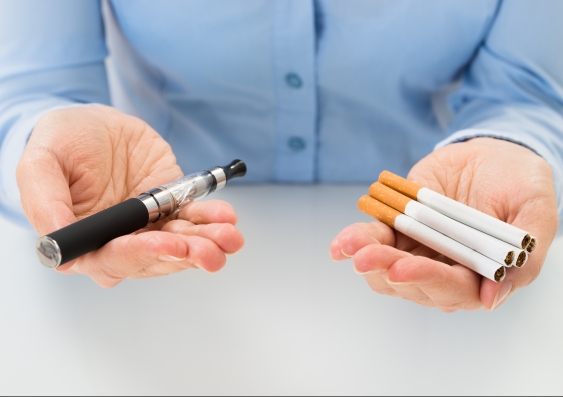 Cancer Council NSW is calling for the regulation of electronic cigarettes. Photo: Shutterstock.

OPINION: E-cigarettes are a much safer, tobacco-free alternative to smoking and have helped millions of smokers around the world to quit. They provide the nicotine to which smokers are addicted and the familiar hand-to-mouth smoking ritual, but without all the tars, chemicals and gases that cause almost all the harm from smoking.

Nothing is totally free from risk, and some regulation of the marketing and use of e-cigarettes is justified, particularly to protect under 18s. But heavy-handed restrictions on “vaping” will inadvertently discourage smokers from switching to this potentially lifesaving, innovative technology.

Getting the right regulatory balance is critical. The lives of hundreds of thousands of Australian smokers depend on it.

Many Australians wrongly believe e-cigarettes are as bad for you as smokes, if not worse. In reality, e-cigarettes are considerably safer. The highly respected UK Royal College of Physicians ­recently concluded that the health risk from long-term vaping “is unlikely to exceed 5 per cent of the harm from smoking tobacco”. It follows that smokers who switch to ­e-cigarettes will have substantial health improvements.

There is also growing evidence that e-cigarettes are an effective aid to quitting and should be considered by smokers who are unable to quit with other treatments. According to a recent study, an estimated six million people in the European Union alone reported having quit smoking with e-cigarettes.

In fact, their potential benefit to public health is so great that the Royal College of Physicians report concludes “it is important to promote the use of e-cigarettes … as widely as possible as a substitute for smoking”.

Cancer Council NSW claims electronic cigarettes could be a gateway to smoking for children and non-smokers. However, the overseas experience suggests the opposite. As expected, some kids experiment briefly with e-cigarettes but regular use in non-smokers is rare. Most importantly, in the UK, US and other countries where e-cigarette use has risen among youths, levels of tobacco use are continuing to fall, in some places at record rates.

So instead of suppressing e-cigarettes as Cancer Council NSW wants, it’s better to encourage their use with appropriate controls. Banning sales to minors, ­requiring child-resistant containers, product quality and safety standards, and restricted use in some confined ­spaces are sensible. However, heavy-handed approaches such as bans on advertising, product display, vaping in smoke-free areas and fruity and sweet flavours, could do more harm than good.

Appropriate advertising of e-cigarettes helps inform smokers of the availability of a safer option to smoking. A sensible advertising code would ensure e-cigarettes were promoted responsibly to adult smokers as a safer alternative while minimising any appeal to children and non-smokers. The UK has such a code and we should too. Similarly, allowing the display of products in retail outlets can raise awareness of a potentially lifesaving product and could trigger smokers to switch.

And flavours? They make e-cigarette use more enjoyable and encourage their uptake as a safer alternative to smoking. The more positive the experience, the more ­likely it is that the smoker will switch from deadly cigarettes.

Cancer Council NSW should follow the recommendations of Cancer Research UK, the UK equivalent of our Cancer Council, which supports “a balanced approach towards e-cigarettes, which maximises their potential to help people quit smoking, while minimising the risks of unintended consequences that could promote smoking”. Getting the right regulatory balance is critical. The lives of hundreds of thousands of Australian smokers depend on it.

This article was originally published in The Daily Telegraph.