Brain research in Australia has received a significant boost with the opening of a world-class $54 million facility – part of the Neuroscience Research Precinct. 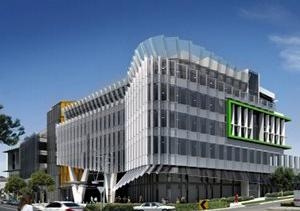 Brain research in Australia has received a significant boost with the opening of a world-class facility - part of the Neuroscience Research Precinct.

“The building, with its cutting-edge laboratories, is the first stage of an internationally significant neuroscience research precinct that will employ 700 research staff,” Ms Plibersek said during the opening ceremony.

Located in Randwick, the precinct links the research of the University of New South Wales (UNSW), NeuRA (an UNSW-affiliated research institute), UNSW’s National Drug and Alcohol Research Centre, the Black Dog Institute and the Prince of Wales hospital campus.

The building is named in honour of major donor Margarete (Gretel) Ainsworth, businesswoman and wife of gaming magnate Len Ainsworth, in recognition of her generous $10 million gift. This is one of the largest single gifts given by a female philanthropist in Australian history.

The Federal and State Governments made significant contributions to the construction of the building, as have other philanthropic individuals and organisations.

“With an ageing population there has never been a greater need for state-of-the-art facilities like these. With this building, we are bringing together the best minds in science to find cures for these conditions.”

The building consists of seven levels, including two floors of wet labs and one floor of dry labs, two floors of clinical research facilities, spacious office areas, an expansive atrium entry and staff amenities. The facility is also designed to house two sophisticated MRI scanners for both clinical and research imaging.

Five levels of the building are either wholly or partially completed, with another two awaiting funding to complete the fit out. 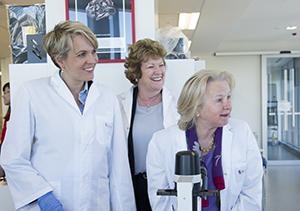