Boost for new wave of medical researchers announced at UNSW 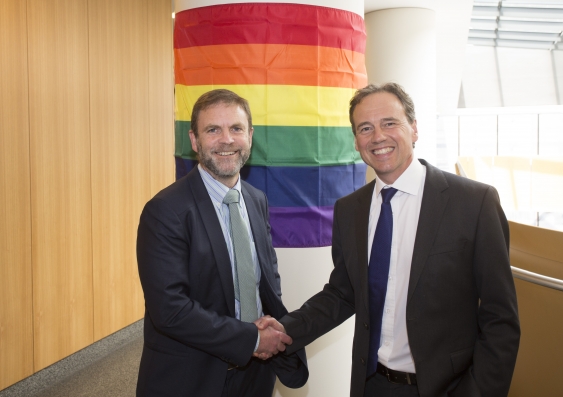 Federal Health Minister Greg Hunt has visited the Kirby Institute at UNSW Sydney to announce a $70 million funding boost to build the capacity of Australia’s next generation of medical researchers.

The investment in the five-year “Next Generation Clinical Researchers” program – part of the Federal Government's Medical Research Future Fund – aims to boost the workforce by increasing the scale of existing fellowship schemes offered by the National Health and Medical Research Council (NHMRC).

The first tranche of $8 million was announced last month, and on Thursday Mr Hunt announced the allocation of $1.79 million to the next group of Medical Research Future Fund Fellows.

Among them were Dr Fiona Shand of the Black Dog Institute, whose research on care after a suicide attempt was funded, as well as research by The George Institute’s Associate Professor Meg Jardine, on reducing the evidence practice gap in chronic kidney disease and diabetes.

Mr Hunt said the funds would support the next great wave of Australian medical researchers.

“The Kirby Institute, UNSW and the medical research profession in Australia has been right at the forefront of those breakthroughs,” he said, referring to progress on HIV and Hepatitis C.

“Our task now though is to expand the capacity of that medical research.”

UNSW Medicine Acting Dean and Kirby Institute Program Head Professor Anthony Kelleher welcomed the fellowships, saying they would allow researchers to embed research into clinical practice in a way that would make a difference in all communities.