Young people with a known genetic risk of bipolar disorder but no clinical signs of the condition show reduced reaction to facial emotions, a new brain imaging study has found. 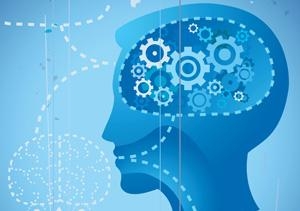 Researchers from the Black Dog Institute and University of NSW have used brain imaging technology to show that young people with a known genetic risk of bipolar but no clinical signs of the condition have clear and quantifiable differences in brain activity when compared to controls.

“We found that the young people who had a parent or sibling with bipolar disorder had reduced brain responses to emotive faces, particularly a fearful face. This is an extremely promising breakthrough,” says study leader Professor Philip Mitchell.

Affecting around 1 in 75 Australians, bipolar disorder involves extreme and often unpredictable fluctuations in mood. The mood swings and associated behaviours such as disinhibited behaviour, aggression and severe depression, have a significant impact on day-to-day life, careers and relationships. Bipolar has the highest suicide rate of all psychiatric disorders.

“We know that bipolar is primarily a biological illness with a strong genetic influence but triggers are yet to be understood. Being able to identify young people at risk will enable implementation of early intervention programs, giving them the best chance for a long and happy life,” says Prof Mitchell.

Researchers used functional MRI to visualise brain activity when participants were shown pictures of happy, fearful or calm (neutral) human faces. Results showed that those with a genetic risk of bipolar displayed significantly reduced brain activity in a specific part of the brain known to regulate emotional responses.

“Our results show that bipolar disorder may be linked to a dysfunction in emotional regulation and this is something we will continue to explore,” Professor Mitchell said.

“And we now have an extremely promising method of identifying children and young people at risk of bipolar disorder.”

“We expect that early identification will significantly improve outcomes for people that go on to develop bipolar disorder, and possibly even prevent onset in some people.”

Results are published this week in Biological Psychiatry and come from the NHMRC-funded ‘Kids and Sibs study’, the biggest research study in the world focusing on genetic and environmental aspects of bipolar disorder. Based at the Black Dog Institute, the trial is still recruiting.

Professor Mitchell is available for interview. Brain imaging and emotive face images are available. Contact Gayle McNaught on 0401 625 905 or g.mcnaught@blackdog.org.au.