Can pomegranates protect the brain from dementia?

A diet rich in pomegranates had significant positive impacts on the brain health of mice with Alzheimer’s disease, an international research team led by UNSW's Centre for Healthy Brain Ageing has found. 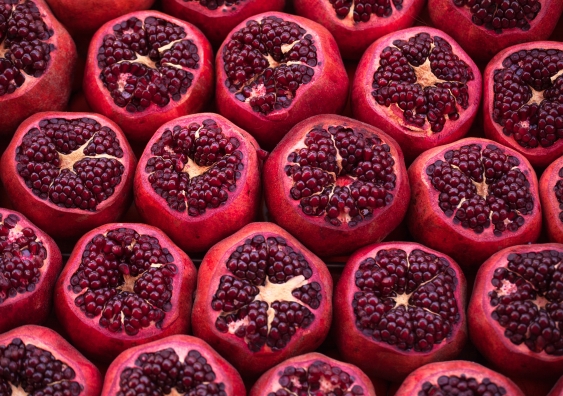 A diet rich in pomegranates had significant positive impacts for the brain health of mice with Alzheimer’s disease, an international research team led by the Centre for Healthy Brain Ageing (CHeBA) at UNSW found.

The innovative study, published in the journal Oncotarget, demonstrated that dietary supplementation of 4% pomegranate extract to a standard diet over a 15-month period resulted in a range of neuroprotective effects in mice.

Bred to provide a model of Alzheimer’s disease, the mice demonstrate progressive age-related brain decline linked to the build-up of amyloid-beta (Aβ) protein in the brain. Aβ is the main component of the brain plaques found in patients with Alzheimer’s disease and is widely targeted in research seeking to prevent, slow and treat the disease.

Lead author of the study, CHeBA’s Dr Nady Braidy, says the findings are an exciting advance into the role of diet in tackling dementia. 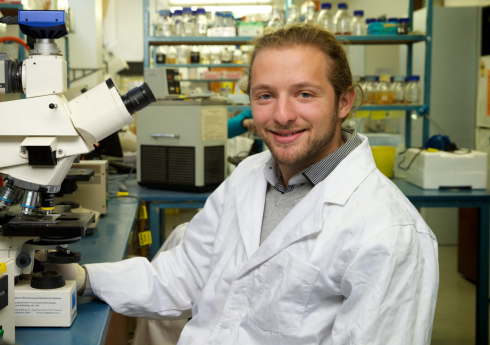 “Something as simple as the introduction of pomegranate into the diet of these mice resulted in a range of important health impacts. We observed decreased oxidative stress and neuroinflammation, a reduction in the production of Aβ, and improved synaptic plasticity in the brains of the transgenic mice fed with pomegranate extract compared with the control group,” Dr Braidy said.

Something as simple as the introduction of pomegranate into the diet of these mice resulted in a range of important health impacts.

The health benefits of pomegranates for treating degenerative diseases are widely recognised in Unani, Ayurvedic and Chinese medicine. However previous Western clinical trials have focussed on giving patients polyphenols in isolation and at higher doses, often with unintended side effects.

“Therapeutic strategies for the treatment of AD are currently limited. Our findings support the growing body of research which suggests that the synergistic effect of polyphenols together with the compounds they naturally co-occur with may provide a more beneficial approach,” Dr Braidy said.

The researchers note that further testing will be needed to determine whether the results translate in the human population.