Researchers have revealed the final results of the first study that measured the impact of PrEP on reducing HIV in a large population. 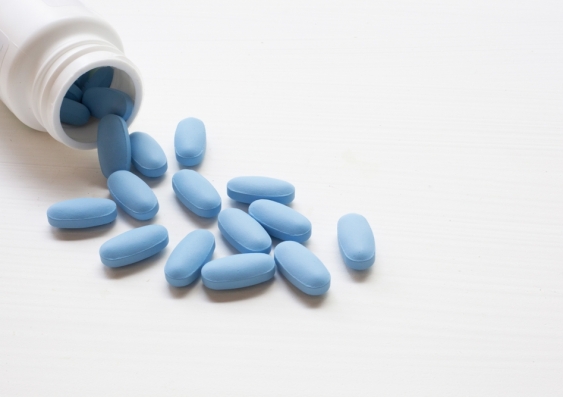 The research is the culmination of a three-year study called EPIC-NSW. Photo: Shutterstock

New research from the Kirby Institute at UNSW Sydney shows that HIV transmissions are at historically low rates among almost 10,000 high-risk gay and bisexual men on pre-exposure prophylaxis (PrEP), the HIV prevention medication. Low HIV rates persisted after PrEP moved from being available cost-free as part of a NSW clinical trial, to being available at a subsidised cost through the Australian Pharmaceutical Benefits Scheme (PBS) in 2018.

The research, funded by NSW Health and published today in The Lancet HIV, is the culmination of a three-year study called EPIC-NSW, which was the first study globally to measure the impact of PrEP on reducing HIV in a large population. PrEP was available for free through the trial, which ran from 2016 until the PBS listing in 2018, and has been available Australia-wide at the subsidised cost of around $40 a month since April 2018. Broad availability of PrEP was shown to reduce HIV transmissions state-wide by 40 per cent.

The study, which is the first to measure the impact of PrEP over a three-year period, showed that although HIV rates were low, they were slightly higher in four groups: men aged under 25, men living outside of postcodes with fewer gay men, men who reported more risk behaviours, and men who stopped taking PrEP. “If we are to achieve HIV elimination in Australia, we will need to ensure even better adherence to PrEP among the young and in those living outside of the gay areas of the big cities. We also need to ensure that everyone at risk of HIV has access to PrEP, regardless of their Australian residency status,” says Prof. Grulich.

EPIC-NSW was originally designed to monitor the impact of PrEP on HIV rates among 3700 HIV-negative people in NSW for one year, but due to demand early on, it was expanded to anyone in NSW who was eligible. The study virtually tripled in size and duration, ultimately enrolling 9709 people and regularly testing them over three years.

Karen Price is Deputy CEO at ACON, the LGBTQ community health organisation who developed and implemented the community engagement and education aspect of EPIC-NSW. She says effective community engagement and demand creation was central to the success of EPIC-NSW and its ambitious goals. “Community were meaningfully involved in leading this study; but real credit goes to thousands of gay and bisexual men for taking action to get informed and involved in this important study,” she says.

“The combination of community leadership in the design and implementation of the study, as well as the actions taken by men in NSW, was fundamentally important in ensuring this critical HIV prevention tool got into the hands of as many of those who needed it, as quickly as possible.”

Meredith Claremont, Executive Director of NSW Health’s Centre for Population Health, says NSW has been invested in eliminating HIV transmissions for over a decade. “EPIC-NSW made an enormous contribution to the evidence base supporting PrEP as HIV prevention. We are committed to maintaining NSW’s strong track record towards HIV elimination targets, as embodied in our new HIV Strategy 2021-2025."

Kirby Institute Director, Professor Anthony Kelleher, says the declining rates of HIV transmission not only in NSW, but Australia-wide, are the result of strong partnership and cross-sector collaboration. “EPIC-NSW was a landmark trial that showed what can be achieved – with broad availability of this very important HIV prevention tool – when government, researchers, clinicians and the community come together for a common cause. Prevention is a critical aspect for infectious disease elimination, and when resourcing, community education and robust, evidence-based research combine, good policy and practice and community buy-in improves health outcomes for all.”