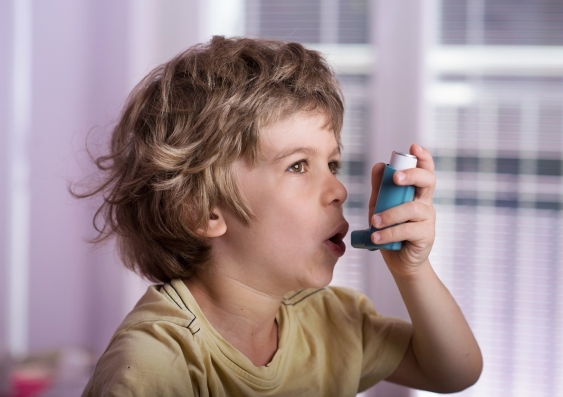 A new study has called for urgent interventions to promote discussions between patients and their GPs about the cost of medicines to treat asthma.

Half of all adults and a third of children with asthma are missing out on essential treatment due to out-of-pocket costs, a new study has found.

A team of researchers led by The George Institute for Global Health and the Woolcock Institute of Medical Research surveyed 1400 people with asthma (adults with asthma and parents of children with asthma) across Australia and found that half of the adults and one-third of the children in the study were either decreasing or skipping doses of asthma medicines to make them last longer.

Senior Research Fellow Tracey-Lea Laba, of The George Institute, said the results published in the journal JACI : In Practice were especially concerning because around two-thirds of adults and children had poorly controlled asthma symptoms.

“Asthma affects around one in nine Australians and is one of the world’s leading causes of death and disability. We know that preventer inhalers can be incredibly effective at controlling symptoms and preventing people from being hospitalised or even from dying of asthma, yet our study has found that out-of-pocket costs are preventing Australians from accessing medicines which can be life-saving.”

The most commonly prescribed preventer treatments for asthma contain inhaled corticosteroids (ICS), which if taken regularly reduce the severity of the disease and the number of asthma related deaths. Unlike many other countries, Australia has a national medicines subsidy program through the Pharmaceutical Benefits Scheme (PBS), but most patients still have a co-payment. In Australia, patients with healthcare cards (pensioners, unemployed, single parents and people with a long term disability) pay $6.50 per prescription. Everyone else (around 40% of people with asthma) pays up to $40.30.

The study, which was funded by the National Health and Medical Research Council (NHMRC), NPS MedicineWise, and Asthma Australia, found out-of-pockets costs were leading many people to either skip or decrease dosages to make medicines last longer, and that young male adults were the most likely to under-use asthma treatments. This was compounded by GPs being largely unaware that out-of-pocket costs were a significant concern for many of their patients, or that some preventers had lower out-of-pocket costs for patients than others.

Fellow author Professor Helen Reddel, of the Woolcock Institute, said it was clear that prescription costs were off-putting for many people with asthma in Australia.

“It all adds up and $40 a prescription is a lot of money for people on a budget. So you can start to understand why so many people with asthma are not taking preventer medications either correctly or at all.

“But asthma is a long-term disease and one where you really need to keep the inflammation under control by taking a preventative medicine and not just relying on short-term symptom relief from a blue inhaler. We need doctors to talk to their patients to stress that this Band-Aid approach does not work, and can leave them hospitalised or even worse as a result.”

The paper called for urgent interventions to promote discussions between patients and their GPs about the cost of medicines, including the availability of lower cost preventer treatments.