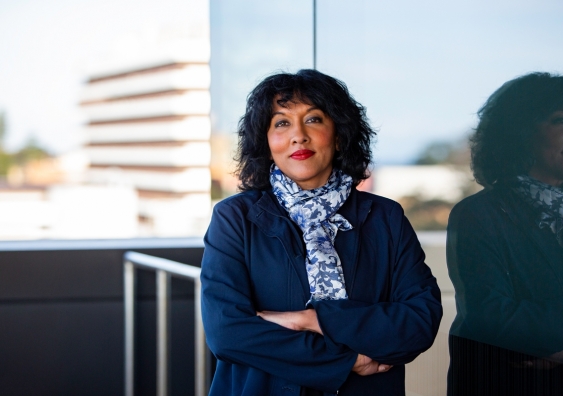 "When people try to communicate uncertainty as certainty, that's when you get into trouble," said Professor Raina MacIntyre.

When Professor Sir Edward Byrne reflects on his time in the UK at the beginning of the COVID-19 pandemic in 2020, he recalls how much the country was unprepared for it. He speaks about the healthcare workforce and what he learnt about this critically important sector.

“There were ridiculously low numbers of ventilators in the country and not enough personal protective equipment to provide basic protection for staff,” Professor Byrne told a UNSW Sydney symposium about leadership in health during challenging times. “Almost every final year nursing medical student and clinical academic went up to the clinical frontline overnight."

Read more: What are the keys to successful crisis communication?

The panel members were asked to share the single most important thing they had learnt over the last 18 months.

Understand people behind the workforce

Professor Byrne explained how two of the largest hospitals he worked at expanded their intensive care units (ICU) from 50 ventilator beds to a total of almost 1000.

"These were serviced by orthopaedic surgeons and neurosurgeons. So the flexibility and willingness of the health workforce to go that extra mile was just absolutely fantastic. And then what I learnt as time went by – and this went on and on and on – is that people are just human,” said Professor Byrne.

He explained how nursing teams that should have had five people working in ICU only had teams of three. Exhaustion became common and people were unable to work because they'd been exposed to the virus. Large numbers of workers were unable to work because they had contracted COVID-19 and increasing numbers of doctors and nurses were dying. Tragically, over 1000 National Health Service (NHS) workers died, including a number of staff within the hospitals Professor Byrne was involved with.

Read more: How can leaders create trust when the information keeps changing?

As the pandemic continued, he became increasingly worried about exhaustion, emotional burnout, depression and the impact of long COVID affecting the healthcare workforce.

“I realised that this was coming from a situation where the workforce was already stressed. An additional factor was the UK – like Australia – had relied on overseas recruitment of doctors and nurses to make up training shortfalls.

“This has just been very much on my mind – that our health workforce is a precious thing. We have to protect it. And we have to make sure it's adequate to the demands that may be put on it by this pandemic, which is going to go on for a long time, and by any future pandemic events.”

Ms Cox said the last 18 months was a reminder of how important the art of effective communication was.

“You can never communicate enough. And you need to keep that communication flowing. You need to have an evidence base,” said Ms Cox.

Read more: Is it too late for the government to win back Australia’s trust?

She said it was also important to be honest and admit when there is uncertainty and shades of grey. “Truthfulness is key when you are in this absolute pain of uncertainty and don't know what's ahead. We've never dealt with a pandemic like this before. You really need to be able to do that and really do that collectively – as a team – so that you can all work through that uncertainty together.

“And know that you have processes, protocols and evidence that will help you manage through that time.”

Professor MacIntyre echoed Ms Cox’s sentiment that communication is key in challenging times and communicating frequently is just as crucial. She said it was important leaders were able to acknowledge uncertainty when there was uncertainty.

“That's a really important lesson because people don't think less of you, if you say, ‘We don't know’. People actually prefer to feel like you're being honest.”

“When people try to communicate uncertainty as certainty, that's when you get into trouble. I also believe people appreciate frequent communication, which I think Australian leaders have done well. We've seen both our health leaders and political leaders out there fronting the cameras every day during outbreaks. The Australian public appreciate that – a lot of people tune in and listen. I think in terms of vaccine hesitancy, we have one of the least hesitant countries in the world.

Read more: Is Delta defeating us? Here’s why the variant makes contact tracing so much harder

“We published a study last year that showed most people were willing to take the vaccine and there were very few – about 2 per cent – who were fixed anti-vaxxers, which is consistent with data. But we've got this larger group of people now that are hesitant, but that doesn't mean they are anti-vaccination. They just need to hear the right messages given to them.”

Professor MacIntyre said that ultimately, leaders need to work together with everyone to find common ground and find out what’s the one thing that everyone wants and put that on the table to work towards.

“I think we have seen examples of that happening. But in the end, we all want people to be safe in Australia, and to be able to resume all the things that we enjoy doing as soon as possible. And that's the common thing that we can all hang on to.”