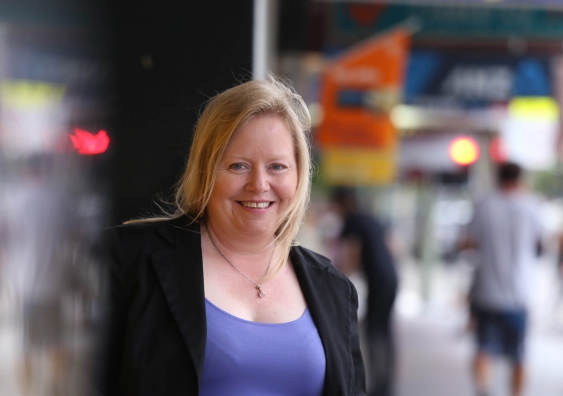 In the late 1980s, while studying a Q fever outbreak in a Somerset secondary school in the UK, Louisa Jorm remembers having to legally “bribe” the kids with Mars bars so they’d participate in her epidemiology research.

Today, as head of UNSW’s new Centre for Big Data Research in Health, Professor Jorm has the opposite problem – too many willing collaborators.

“I’ve been surprised by the number of people who have come  out of the woodwork and are crying out to collaborate on big data,” Jorm says.

Officially launched in May, the centre aims to realise the potential of big data to reduce the costs of healthcare while improving the prevention and management of many diseases.

With more than 80% of healthcare data unstructured, Jorm says one of the main challenges facing her research team is how to extract the most valuable information. “Big data sets by their very nature are so large and complex that they become extremely difficult to process,” she explains.

The nature and vast amounts of personal health data being collected and stored across the globe raise questions about  how an individual’s privacy will be protected.

“Advances in technology have also made it easier to protect private and personal health information. Having said that, we will need to continuously update our technologies, and the policies and guidelines that govern access to data, to ensure confidentiality is protected in public health research,” she says.

Initiatives such as the Open Humans project point to where  big data health research may be heading, and the risks involved. The website allows individuals to publicly share personal health data, including their genome, for the use of researchers around the world.

“While this is an innovative concept, this data is highly identifiable. Once someone’s genome is mapped and publicly available, in principle their DNA could be synthesised. What  if that information falls into the wrong hands?” Jorm asks.

After completing her undergraduate degree at the University of Sydney, Jorm ventured to the UK, a rite of passage among the vets of her generation. The brutal side of vet work quickly became evident. “If your client couldn’t pay, their pet got put down. There was no room for sentiment.”

After becoming the first female vet to complete a Masters of Science in Epidemiology at the University of London, Jorm returned to Australia to complete her doctorate. Her focus was Group C Streptococci, a bacterium common to horses. The racing industry’s sometimes-ruthless approach to animal welfare helped in her decision to finally leave vet science behind.

By this time, Jorm had established herself as a leading communicable diseases epidemiologist and spent the next five years investigating disease outbreaks with NSW Health, before heading up their epidemiology department and shifting her focus to chronic diseases.

While there, she set up new systems to link routinely collected data so researchers could follow patients’ journeys through  the health system. When academia beckoned, Jorm transitioned to the University of Western Sydney where she worked before joining UNSW last year.

She thinks there are enormous opportunities for the UNSW centre and the field of big data.

“Australia is in a position to be a world leader in this area, but we need an industrial-scale approach. That means collaborating globally, which I think is the way forward.

“We don’t want to be a group that just does research; we want the centre’s work to be a catalyst to improve health globally.”