A fall in condom use across Australia is driving growth in sexually-transmitted infections but new national strategies could improve our sexual health, UNSW experts say. 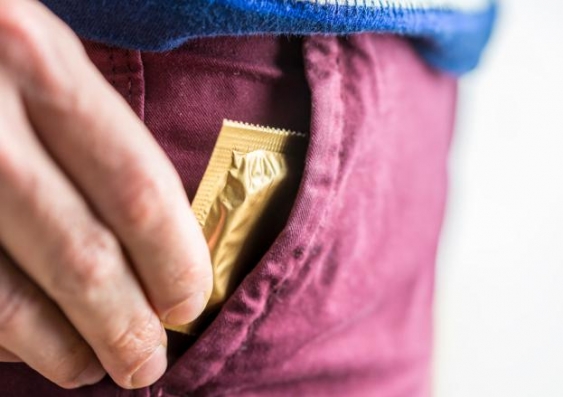 A fall in condom use across the population is driving strong growth in sexually-transmitted infections, according to one of the authors of an annual surveillance report released today.

Syphilis diagnoses are at the highest level ever recorded in Australia, while gonorrhoea rates continue to climb and the number of people dying from liver disease related to hepatitis C infection has more than doubled in the last ten years.

Associate professor David Wilson, head of the surveillance and evaluation program for public health at the Kirby Institute, which publishes the report, said one of the main causes for the growth in sexually-transmitted disease (STI) rates was declines in condom use.

“Where we are monitoring data on condom use, we are seeing it decline,” Wilson said. “We’re not seeing an increase in condom use in any population groups across the country.” prevalence has been increasing over the last five to ten years, according to the report, but 2013 saw the highest number of cases ever reported with 765 new infections.

About ten to 15 years ago, there was very little syphilis in Australia, said associate professor Wilson, adding it was considered an old and rare disease. But then we started to see a rise – particularly among gay men and especially those who were HIV positive.

Professor John de Wit, Director of the Centre for Social Research in Health, which released a supplementary annual report about behavioural trends behind the infections, said it was becoming clear that among men who have sex with men, condom use was being replaced by other strategies for reducing risk of HIV infection.

“We’ve been seeing a reduction in consistent condom use ever since we started doing our gay community periodic surveys in 1996,” Professor de Wit said. “What we see year-on-year is a smaller proportion of gay men using condoms consistently and that’s related to ongoing HIV infections but also to other sexually-transmitted infections.”

“We’ve found that HIV positive men are less likely to use condoms and so they’re more likely to be affected by STIs, especially syphilis,” he said.

The report notes the large disease burden caused by hepatitis C and B infections, estimating 230,000 people were living with a chronic infection of the former and 210,000 with the latter. It said around 630 Australia died of liver failure and liver cancer in 2013, which is an increase of 160% from ten years ago. Associate professor Wilson said people who were infected with hepatitis C around 20 or 30 years ago were starting to die from the infection.

“Over the next few years, we’re expecting to see a wave of people dying from hepatitis C due to infections that appeared in the past,” associate professor Wilson said. “There will come a time when this wave starts to subside but preventative measures started well after many people became infected so we can expect an increase in the number of deaths and liver disease among this group for another five or ten years.”

Jack Wallace, research fellow at the Australian Research Centre in Sex, Health and Society, said deaths from hepatitis B and C were preventable.

“The fact people are dying of these infections is the result of a lack of focus on getting people into treatment, getting people tested and getting people engaged with the health-care system,” Mr Wallace said. “A lot of people have been diagnosed but don’t know or haven’t been told about the impact of the infection.”

To respond effectively to any infection, people need to understand what it is they have to do to look after their health and that’s not necessarily happening, he said. The number of people infected with gonorrhoea has increased by 80% over the last five years, according to the report, with a particularly high impact in Indigenous communities.

Some of this may be due to more frequent screening, but associate professor Wilson said there had also likely been an increase in actual cases of gonorrhoea.

Still, it’s not all bad news.

The report noted the positive impact the human papillomavirus vaccine program, rolled out nationally since 2007, was having on Australia’s sexual health.

“We have the best evidence in the world of how effective this vaccine has been,” associate professor Wilson said. “What we’re seeing is genital warts among people attending sexual health clinics has plummeted from about 13% down to about 1%. That’s a really dramatic impact due to this vaccine.”

There was also good news for the most prevalent of all sexually-transmitted infections. Chlamydia remains the most reported of any medical condition in Australia but the upward trajectory it has been on for a number of years appears to have ended. “Finally, it seems we may have reached a peak and it may start to come down slightly so there’s some good news,” associate professor Wilson said.

Wilson pointed out that chlamydia was easily treatable but about 40% of people who have been cleared of the infection get reinfected within three months. He said the prevalence was highest among 15 to 24-year-olds because young people were more likely to have multiple partners and their condom use wasn’t high.

“For young people, STI prevention isn’t as much on the agenda as it would be for gay men, for instance,” Professor de Wit said. “And we don’t necessarily have very sophisticated and comprehensive sexual health education or sexuality education for young people in schools, so there’s quite a bit of room for improvement.”

He said the lack of condom use among gay men was the paradoxical outcome of an era when HIV was reasonably well treatable.

“Generally, there’s a tendency for all of us to think bad things happen to other people. We all think condom use is important but not necessarily for us – other people would benefit from them,” Professor de Wit said.

Wilson said new national strategies against these infections will hopefully improve the state of sexual health in Australia.

David Wilson is Head of the Surveillance and Evaluation Program for Public Health at UNSW's Kirby Institute, and Professor John De Wit is Director of the Centre for Social Research in Health at UNSW.

STIs are down, but fewer tests could be the cause