Opinion Dementia in the workforce: the ageing issue we're not prepared to deal with

Sensibly, everyone seems to be planning for an ageing Australia. However, no one is mentioning the elephant in the room: the increasing number of people in the workforce suffering from dementia, writes Nicola Gates. 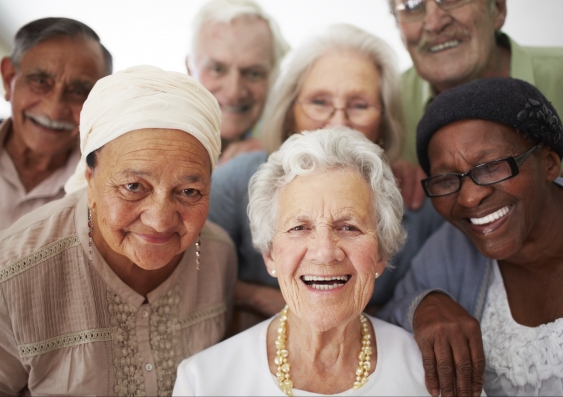 OPINION: Sensibly, everyone seems to be planning for an ageing Australia. However, no one is mentioning the elephant in the room.

We are all well aware that as the proportion of younger adults in the population declines, many more older Australians will need and want to work, potentially well beyond the conventional retirement age of 65.

Most of us also realise that as the population ages, the prevalence of neurocognitive disorders, traditionally known as dementia, will increase. Yet little thought has been given to the fact that these two inevitable trends will, just as inevitably, collide.

Australia is far from ready to cope with dementia in the workforce. So unprepared, that there is virtually no research to guide us. We need to begin by asking the pertinent questions and seeking urgent input from the relevant federal and state agencies responsible for employment, health and social services.

In my own clinical practice, I am meeting an increasing number of people in the workforce suffering from various forms of cognitive decline, many of whom have not yet reached 65. I have discovered they are often unable to access income protection insurance, superannuation or even disability payments. They are not suffering from a recognised illness, physical disability or mental health disorder, but something else that is not readily recognised in relation to their work capacity. Likewise, employers are ill-equipped to manage when a formerly reliable worker becomes erratic or makes potentially dangerous mistakes on the job.

About 5 per cent of Australians under 65 are affected by a neurocognitive disorder, so the issues we are already facing for workers in this age group indicate the challenges to come as we begin to push the retirement age out to 67 by 2023 and to 70 by 2035, and as the total number of workers in these age groups increases significantly.

The numbers tell a compelling story. We know dementia affects about 10 people per 100 aged over 65, and its prevalence roughly doubles every five years.

At the same time, the recent intergenerational report projects there will be 7 million Australians aged between 65 and 84 by 2054-55, compared with 3.1 million today and just 1.2 million in 1974-75. With workforce participation rates for older Australians expected to increase to 17.3 per cent over the same period, there will be at least 1,211,000 Australians aged over 65 in the workforce by 2054-55, compared with less than 400,000 or so today. This means hundreds of thousands of Australians of working age may be affected by dementia over the coming decades. By 2050, a total of close of 1 million Australians will be living with dementia.

Australia needs to "embrace the potential of this talented older population group, particularly by valuing their increased and ongoing engagement in the workplace", as the intergenerational report argues, and, at the same time, maintain occupational health and safety requirements for older employees, their co-workers and consumers.

How do we juggle the two? First, by avoiding alarm and preparing for that future now. That means developing a co-ordinated, cohesive policy and planning response that incorporates health, social services and employment and tackles changes to retirement planning, superannuation and disability and carers support. Public education and prevention are critical, too.

We all experience cognitive changes as we age, most of which are not signs of dementia. However, we do need clear guidelines on the identification, monitoring and management of cognitive impairment in the workforce, from mild through to major neurocognitive disorders, that recognise that every individual's experience is unique. Some forms of cognitive decline are rapid, but some people with dementia may enjoy many productive years.

Early diagnosis is increasingly available, so, too, are early interventions to slow dementia's progression. To ensure people seek help early, for themselves, their family, friends or work colleagues, we need to combat the stigma of cognitive decline and make services and information readily available.

Perhaps, most importantly, facing the facts about dementia should not become an excuse for shunning older employees or for reverting to earlier retirement ages.

Research suggests that up to 60 per cent of the risk of developing dementia is lifestyle related. Keeping our minds and bodies active slows or delays the onset of dementia. Working is, in itself, a powerful protective factor.

Consequently, older people who remain gainfully employed have a lower risk of developing a range of neurocognitive disorders. Ultimately, the challenge is to facilitate their access to employment and all it offers, while supporting those older workers who need modified duties or roles or help in leaving the workforce altogether.

Dr Nicola Gates is a neuroscience researcher and neuropsychologist with UNSW's Centre for Healthy Brain Ageing.