The mental health issues faced by asylum seekers are exacerbated by the uncertainty and harsh conditions of detention, writes Karen Zwi. 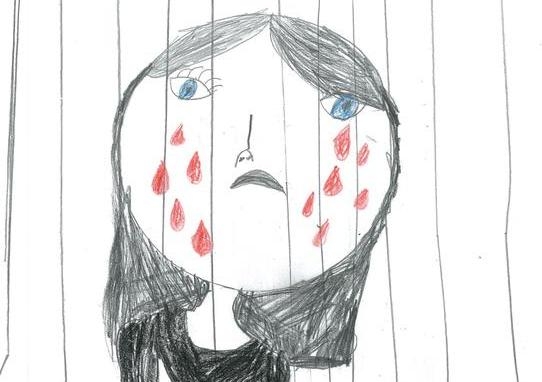 OPINION: Many refugees and asylum seekers, including children, have experienced conflict, family separation and significant human rights violations, including torture, physical and sexual violence in their countries of origin and transit.

These experiences increase the risk of mental health conditions such as depression and anxiety, which is exacerbated by the uncertainty and harsh conditions of detention. Stressors accumulate to cause mental distress; the more stress we add, the more we compound the problem.

If these children are supported and protected from further stress, they are more likely to improve their mental well-being and achieve their potential.

When the brain is chronically exposed to stress, it produces hormones that make it more reactive: the “fight response”. People are more likely to be nervous, to respond without thinking and to be frightened a lot of the time. In this fight mode, it’s difficult to concentrate, plan for the future and sleep.

Children exposed to these cumulative stressors for long periods of time become less able to learn, more difficult to settle and console, and are unable to enjoy the fun and games of childhood.

The mechanisms by which stressors in early childhood contribute to poor adult health aren’t fully understood, but are likely to be linked to the chronic production of stress hormones, stress-related activation of genes, patterns of brain connections and learnt behaviours to cope with high levels of stress.

Impacts on the developing brain

Children respond differently at different ages, and also differ in temperament and genetics. A combination of these factors determines how a child will respond to environmental exposures and whether certain genes will be turned on in response to stress.

There is good evidence that critical windows of opportunity for development can be lost if the child experiences deprivation or trauma during early childhood.

If a child’s impaired vision is not corrected within the first few years of life, that child may lose sight in the affected eye as the brain suppresses the distorted image. Similarly, if a child is hearing-impaired and not encouraged to communicate verbally or provided with hearing aids, it may be impossible to develop spoken language even with hearing aids provided later in life.

This occurs in more subtle ways with all aspects of a young child’s development. Missing sensitive periods for laying down brain architecture can have lasting impacts that cannot be reversed.

The typical impact of chronic early stress and deprivation in young children include:

Adolescence is another highly sensitive period. Unaccompanied children, who are mostly in their teenage years, are particularly vulnerable as they do not have a parent, guardian or relative to care for them and buffer the harshness of their environment.

On the other hand, children can be very resilient and some can fully recover from extreme circumstances.

Young children are completely dependent on others for their basic care, which should include play, recreation, stimulation, affection, as well as food and shelter. If a parent or carer is unable to meet the child’s needs, this presents a stress for that child.

In the detention environment – especially with current policies of offshore processing, indefinite detention and non-settlement of boat arrivals – parents are extremely fearful about their future and realistically have little hope for a positive outcome. They’re unable to create a positive, safe, encouraging, caring and child-focused space.

However skilled they are as parents, they’re unable to shield their children from the physical and emotional environment.

They’re also aware that, in seeking asylum to protect their children, they have unintentionally brought their children into a potentially damaging situation. This further undermines their confidence as parents, adding to their despair.

Families may be separated across the detention system, with one parent in one detention centre while another is sent elsewhere. This can be terrifying for children who have lost loved ones and are highly sensitised to separation.

On a practical level, parents are frequently unable to provide basic care for their children, or do “ordinary things” such as cooking for them, eating a meal as a family, reading to them or playing with them. In a restricted and monotonous environment, family life erodes and dependency is fostered.

Children who spend time in immigration detention centres are often plagued by nightmares, anxiety, depression, poor concentration and may suffer from PTSD for many years after the experience. This manifests in the way they cope with school, their social life, relationships, trust and their capacity for enjoyment.

My colleague and I spent a week providing medical care to children on Christmas Island. Speaking to these children, we noted many of the above symptoms. Most cried as they told us their stories and described their loss of hope. Those unable to speak drew harrowing images of life in detention.

Unfortunately there are no magic cures for such symptoms, though skilled mental health services can help.

The provision of high-quality and accessible services can help children realise the world can be a safe and trustworthy place. This includes health-care, support in learning English, safe and pleasant housing and education delivered by teachers who understand what the child has experienced and the extent of their educational disadvantage in prior interrupted schooling.

Supportive and welcoming communities reassure children that they will not be harmed and they need not fear that being “naughty” will send them back to detention. This settles the child’s stress response and gradually enables them to reclaim their childhood.

Children have rights to health, education, play and participation in decisions affecting their lives, as well as rights to protection from physical and mental violence, injury, abuse, neglect and maltreatment. Keeping children seeking asylum in detention contravenes these rights.

Karen Zwi is a Conjoint Associate Professor with the School of Women's & Children's Health at UNSW.

Scott Morrison's only option is to release all children in detention