Home renovators are putting themselves at risk of developing malignant mesothelioma in later life, according to research co-authored by a UNSW academic. 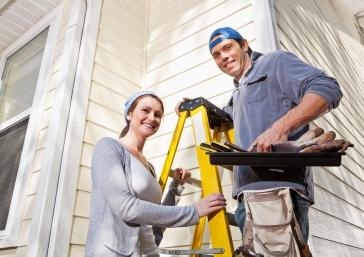 Home renovators are putting themselves at risk of developing malignant mesothelioma in later life, according to research co-authored by a UNSW academic.

Asbestos exposure is causally associated with the development of malignant mesothelioma (MM). While astbestos has been banned in many industrialised countries, including Australia since the 1970s, but asbestos-containing materials are still found in many Australian homes built prior to the mid-1980s. The work has been published in the Medical Journal of Australia.

Of the 858 respondents who had renovated their homes and described themselves as DIY renovators, 61.4% (527) reported exposure to asbestos during renovation. Additionally, 39.3% of them reported their partner had also been exposed, and 22.8% reported their children had been exposed as well.

Only 12% of the DIY renovators reported using respiratory protection regularly, while 28.4% used it “occasionally”.

“Australia has the highest per-capita rate of asbestos diseases in the world, and rates of MM continue to climb”, the authors wrote.

“Recently, there has been concern that exposure from disturbance of building products, including through do-it-yourself home renovation activities, accounts for an increasing proportion of deaths from MM.”

The researchers acknowledged that the role of low-dose exposure in the development of MM “remains controversial”, saying that one unresolved question was “whether a threshold level exists below which [cancer] does not occur”.

However, “even basic precautions regarding protection against asbestos inhalation are not used in many DIY renovations”, they wrote.

“Whether exposure during home renovation will result in disease in the future remains to be seen; however, this entirely preventable exposure needs to be addressed.”