Opinion Do common chemicals increase your risk of cancer?

Environmental chemical exposure is a valid concern, but the evidence does not support hyperbolic claims that we are swimming in a soup of cancer-causing chemicals, writes Darren Saunders. 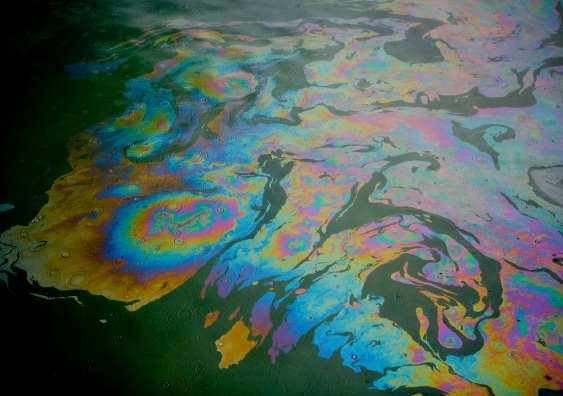 OPINION: New research about the risk of cancer from exposure to common chemicals is usually accompanied by headlines screaming “X causes cancer!” So when a new study on the topic was published in Carcinogenesis last week, I cringed in anticipation.

There are valid concerns over chemical exposure and cancer risk. The World Health Organization (WHO) and International Agency for Research on Cancer (IARC) estimate toxic environmental exposure to known carcinogens accounts for between 7% and 19% of cancer cases. With around 14 million new cases of cancer diagnosed worldwide annually, this accounts for a huge personal and financial cost.

The reporting of this kind of study is often framed in a way that fuels chemophobia, an “irrational” fear of chemicals. It’s perfect fodder for the likes of blogger Food Babe and the echo chamber of alternative health blogs.

Many natural chemicals are just as harmful to human health, if not more so, than man-made chemicals. Compound Interest, CC BY-NC-ND

In this latest case, the Daily Mail didn’t disappoint, with its headline claiming chemicals in fried potatoes, handwash and sunscreen could lead to cancer if combined. The Daily Mail’s hyperbolic contribution to classifying things as either causing or curing cancer (or both) is legendary, spawning the Kill or Cure website.

Everything gives you cancer?

The IARC classifies chemicals on a scale of decreasing carcingogenic certainty. The widely used weedkiller glyphosate, for example, was recently classified in Group 2: possibly/probably carcinogenic to humans.

For context, this places it in the same category as burning wood in your fireplace and shift work. There is a possible link to lymphoma with very high glyphosate exposure (for farmers spraying huge quantities of the stuff) but the data are limited and conflicting.

This review of the cancer risk associated with 50 common ingredients from random recipes in a cookbook is a brilliant demonstration of the difficulties faced in weighing evidence for cancer risk. While lots of studies claim a link between various foods and either increased cancer risk, or a protective effect, in many cases the evidence is unconvincing.

Sensationalist reporting of medical research often leaves a lot to be desired, but the blame doesn’t always lay at the feet of journalists and bloggers. A recent case study of reporting around a study into pancreatic cancer risk and red meat consumption showed that most journalists simply regurgitated information in the accompanying press release.

Does this study tell us anything new?

The latest study represents a big effort by an international team of more than 200 cancer biologists and toxicologists involved in the Halifax Project. It is not a primary research study, but reviews the available literature on the carcinogenic potential of low-dose environmental exposure to chemical mixtures.

Data on 85 chemicals – with varying levels of evidence – were included in the review. In some cases, only a single study was available, so the evidence is severely limited in some aspects.

The Halifax Project study puts forward an interesting hypothesis – that exposure to low doses and mixtures of chemicals might synergise to cause cancer. The authors go on to suggest that World Health Organization efforts to assess chemical safety should be realigned with our current understanding of cancer biology.

Probably the most telling (under)statement in the whole paper is that:

[the hypothesis] needs to be rigorously pursued before the merits of this hypothesis can be further advanced.

A new framework for understanding chemical risk in cancer?

For me, the most interesting outcome of this study is the recommendation to change research and regulatory strategy when assessing chemical risk to use an “adverse outcome pathway concept” model.

In other words, the carcinogenic potential of low-dose chemical exposure should be interpreted in the context of the “hallmarks of cancer”. This concept provides a mechanistic framework for understanding cancer biology, describing characteristic features of tumours such as sustained growth, new blood vessel formation, and so on.

Missing the forest for the trees

The hallmarks concept has been a galvanising force in cancer biology. Its great strength is as an organising principle for rationalising the complexity of cancer. It is only valid as a whole.

To assess the cancer-causing potential of chemical agents against each of the individual hallmarks in isolation completely misses the point. Effects on a single individual feature in isolation do not necessarily translate into transforming a normal cell into a cancer cell. Even then, there are huge challenges in translating lab-based findings on the effects of individual chemicals or mixtures of chemicals to whole body in real world.

What can we do?

The authors of this study admit their suggestion for expanding the evaluation of chemical risk is “not a trivial undertaking” and it would be hugely expensive. In the face of limited funding and time, it’s valid to question whether this approach will provide a return on the investment.

Environmental chemical exposure is a valid concern, but the evidence does not support hyperbolic claims that we are swimming around in a soup of cancer-causing chemicals. Lifestyle changes such as giving up smoking, maintaining a healthy weight and avoiding too much alcohol are far more achievable ways to reduce cancer risk.

Darren Saunders is a senior lecturer in Medicine at UNSW.

Cooking the books: when that sensational research finding isn’t all it seems