Doctors should consider using e-cigarettes to help patients who have repeatedly failed to quit tobacco, a new study says. 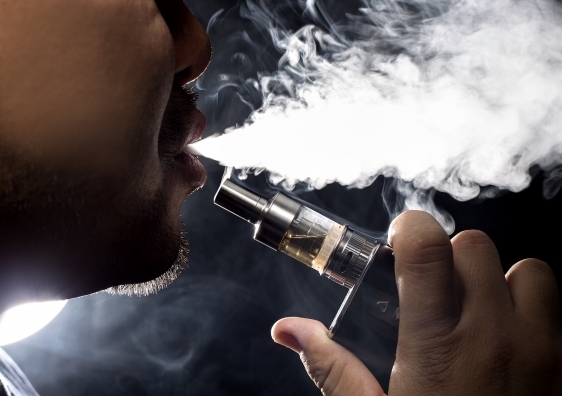 Growing evidence of the effectiveness of e-cigarettes as a quitting aid means doctors should consider recommending them as a less harmful alternative for patients who have repeatedly failed to stop smoking tobacco with approved treatments, a new study concludes.

The review of the latest scientific evidence on e-cigarettes, by UNSW Conjoint Associate Professor Colin Mendelsohn, is published in the Internal Medicine Journal of the Royal Australian College of Physicians.

E-cigarettes are battery-powered devices that heat and vapourise a liquid to deliver nicotine to reduce the urge to smoke. Their use replicates the habits and rituals of smoking without the harmful tar, carbon monoxide and other toxic chemicals from burning tobacco.

Recent studies in populations in the US and UK, where e-cigarettes are legal and widely available, have found that their use, called vaping, is associated with higher success rates of quitting smoking than among non-users. The highest success rates occur with newer e-cigarette models and daily use of nicotine e-liquid, rather than intermittent use.

A 2016 report by the Royal College of Physicians in the UK concluded the health risk from long-term vaping was unlikely to exceed 5% of the harm from smoking tobacco.

Another study found that vaping results in a dramatic reduction in carcinogens and other toxicants measured in the blood and saliva of e-cigarette users, compared to tobacco smokers.

“Medical practitioners have a duty of care to provide the best possible management at each encounter,” says Associate Professor Mendelsohn, of the UNSW School of Public Health and Community Medicine.

“Withholding a legitimate treatment option that could prevent a life-threatening illness is a breach of that obligation.

“For patients who have repeatedly failed to quit smoking with conventional strategies an e-cigarette is a legitimate, evidence-based option for reducing harm. Their use could lead to substantial improvements in public health in Australia,” he says.

Vaping is currently being legalised in Canada and New Zealand, but a federal parliamentary majority (five out of eight) report last week recommended that a ban on the sale of nicotine-containing e-cigarettes in Australia be retained.

However, a minority report concluded their use by smokers who have tried and failed other ways of quitting “could save many thousands of lives” and that they should be available “as a consumer good to Australians”.

Doctors can currently prescribe nicotine e-liquids for therapeutic purposes such as quitting smoking, with the patients importing three months’ supply of nicotine at a time from overseas, allowing the patient to use the product legally.

“In Australia between 2013 and 2016, the smoking rate has not declined significantly for the first time in decades, despite very high cigarette prices, plain packaging and strict tobacco control laws,” says Associate Professor Mendelsohn.

“However, in countries where which support vaping, smoking rates are continuing to fall, faster than ever, in some cases.”

After quitting smoking, it is preferable for people to aim to cease vaping, within three to six months if possible, but long-term use of e-cigarettes is safer than relapsing to smoking, he says.

Nicotine vaping should be legal