Medication prescribing errors can be reduced by as much as 66 percent with the introduction of electronic prescribing technology in hospitals, new Australia-first research shows. 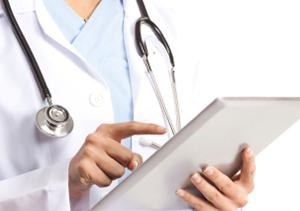 Medication prescribing errors can be reduced by as much as 66 percent with the introduction of electronic prescribing technology in hospitals, new Australia-first research shows.

A study from the University of New South Wales found the implementation of commercial e-prescribing systems led to a fall in prescribing errors of between 58 and 66 percent across three wards in two Australian teaching hospitals compared with a further three wards where the technology was not used.

The study reviewed 3,291 patient records and looked at both procedural (incomplete, unclear medication orders) and clinical (e.g.wrong dose, wrong drug) errors, and rated the potential severity of the errors (minor to serious). The researchers found that procedural prescribing error rates fell by more than 90 percent, and the most serious prescribing errors declined by 44 percent.

The 60 percent reduction was far beyond anything anticipated, Professor Westbrook said. Previous attempts to reduce prescribing error rates in hospitals – such as the introduction of a standardised National Inpatient Medication Chart – had resulted in an improvement of only around four percent.

“Prescribing errors are among the top hazards faced in a hospital setting,” said Professor of Pharmacology Ric Day, who helped implement a commercial e-prescribing system at Sydney’s St Vincent’s Hospital.

“From a clinician’s point of view this is an incredible result given the prevalence and the intractability of the problem. It’s even more significant given that we expect to see greater reductions once user support is added to the systems.”

“Most of this technology was developed in the US with the big medical centres designing their own customised systems. Hospitals in Australia can’t afford to do that, so they’re taking commercial off-the-shelf systems. We set out to see whether these systems are as effective as the home-grown ones,” Professor Westbrook said.

Professor Westbrook stated more research was required to ensure the new technologies were both effective and safe. Despite the significant improvements, the study found that the new technology – which demands changes in doctor, nurse and pharmacists’ work practices – also introduced new errors.

“e-prescribing systems can be very effective, but we need to monitor them closely,” Professor Westbrook said. “They can unwittingly introduce system-related errors such as a clinician accidentally selecting the wrong drug name from a drop down menu.”

“Systems are most useful when they provide user support to guide clinicians in their decision making. The systems we examined had very limited decision support and thus we would anticipate that, with support added over time, even greater reductions in medication errors can be achieved.”

The research findings appear this month in PLoS Medicine.

Hear the story on ABC Radio's AM program.