The Australian system's lack of transparency is helping perpetuate ongoing human rights abuses and what amounts to torture in remote offshore detention centres, write ethicists including UNSW's John-Paul Saggaran in a special issue of the Journal of Medical Ethics. 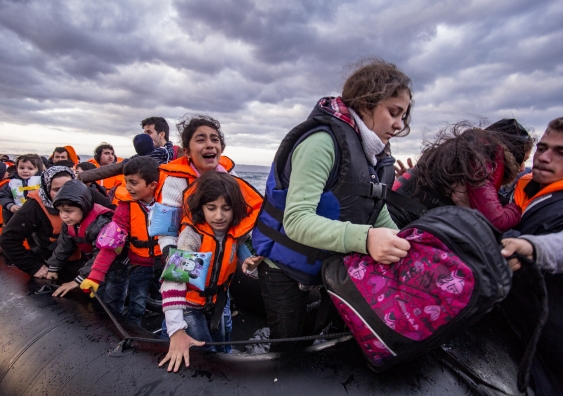 European countries should not adopt Australia's immigration system, with its emphasis on deterrence, warn ethicists in a special issue of the Journal of Medical Ethics, dedicated to global medical ethics.

Furthermore, the introduction of the Border Force Act, which entered the statute book in July 2015, makes speaking up about abuse by current or former 'trusted persons' including health professionals, a criminal offence, punishable by a two year prison sentence.The system's lack of transparency is helping perpetuate ongoing human rights abuses and what amounts to the torture of asylum seekers in remote offshore detention centres, they argue.

"The situation in Australia is particularly important when seen in the broader context of the humanitarian crisis in Syria, which is forcing people to seek refuge throughout the Middle East and Europe," write Dr John-Paul Saggaran, a conjoint associate lecturer from UNSW's School of Public Health and Community Medicine in Sydney, and Professor Deborah Zion of the Centre for Cultural Diversity and Wellbeing, Victoria.

And never more so now that European countries, including the UK, have expressed interest in adopting Australian styled and inspired immigration policies, they say.

Despite the legal gags, allegations of waterboarding – a technique that simulates drowning –'zipping', whereby an individual is tied down to a metal bed frame which is then thrown in the air, force feeding during hunger strikes, restraints used for deportation, and the incarceration of children, have nevertheless surfaced, say the authors.

And the United Nations special rapporteur on torture has found Australia to be in breach of the UN Convention Against Torture, despite having signed up in 2009 to the Optional Protocol on the Convention against Torture and other Cruel, Inhuman or Degrading Treatment or Punishment, or OPCAT, for short.

"The lack of access to respectable standards of medical care has been recognised by peak Australian health bodies and belatedly by the Australian Medical Association as constituting 'state sanction of child abuse and elsewhere as torture," they point out.

They add that regimes that commit human rights abuses are marked by secrecy and a lack of accountability.

"It is, therefore, of great concern and significance that the frameworks which enshrine human rights and protect asylum seekers have long been absent in the Australian detention system"—in stark contrast to all other healthcare environments which maintain high levels of reporting, record keeping, and vigilance, they write.

A preparedness to ratify OPCAT would enable jailers and doctors in Australia to speak openly about what they have witnessed, say the authors, who praise the health sector for taking such a strong stance in pressing for the ratification of the treaty.

But Australia's approach should be a lesson to all countries grappling with migration, they warn.

"Europe is contending with the largest migration since the Second World War resulting from the Syrian crisis. The authors in the strongest possible terms counsel others against following on the same path as Australia, lest the same mistakes and unjustifiable suffering come to be repeated," they say.

In a linked editorial, the journal's associate editor, Professor Kenneth Boyd, says that detaining people to check whether they represent a risk to national security may not seem unreasonable to Australians and the citizens of European countries. Some migrants may indeed have harmful intentions, he says.

But "as Australia's immigration control policies are frequently cited as an example for others to follow, the practices of its detention centres and the role of health professionals in those centres should be of interest and moral concern elsewhere also," he suggests.

But he adds: "Popular sentiment in relatively peaceful and prosperous countries which are the desired destination of migrants from war-torn or impoverished parts of the world may not always wish to know all of the means by which immigration is controlled."

Humans of detention – stories from behind the razor wire