A study that showed changes in the brain in those at risk of developing bipolar disorder raises new hope about early intervention. 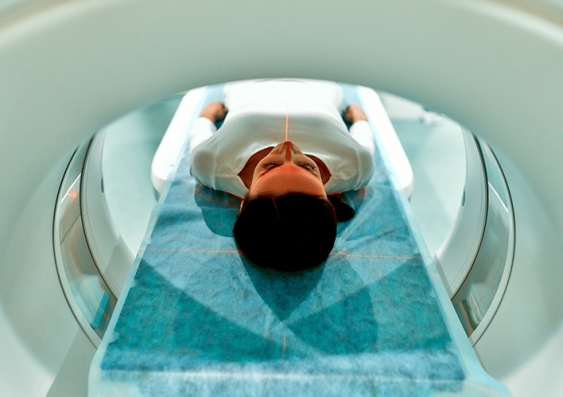 A brain imaging study of young people at high risk of developing bipolar disorder has for the first time found evidence of decreased connections between key areas of the brain in late adolescence.

Up until now, medical researchers knew that bipolar disorder was associated with reduced communication between brain networks that are involved with emotional processing and thinking, but how these networks developed prior to the condition was a mystery.

Today in a study published in The American Journal of Psychiatry, researchers from UNSW Sydney, the Hunter Medical Research Institute (HMRI), the University of Newcastle and international institutions showed evidence of these networks diminishing over time in young adults at high genetic risk of developing bipolar disorder – which has important implications for future intervention strategies.

People with a parent or sibling who has bipolar disorder are considered high genetic risk, and are 10 times more likely to develop the condition than people without the close family link. In the brain image scans of 97 people with high genetic risk of bipolar disorder, the researchers noted a decrease in connectivity between regions of the brain devoted to emotion processing and cognition between the two scans during the two years between scans.

But in the control group of 86 people with no family history of mental illness, they observed the opposite: an increase in the neural connections between these same regions, when the adolescent brain matures to become more adept at the cognitive and emotional reasoning required in adulthood.

“Our study really helps us understand the pathway for people at risk of bipolar,” he says.

“We now have a much clearer idea of what’s happening in the brains of young people as they grow up.”

Prof. Mitchell says that being a clinician as well as a researcher, he sees first-hand how young people can have their lives suddenly turned upside down when they experience their first manic episode.

“We see a lot of bright, capable kids really enjoying life and then bipolar disorder can be a huge impediment to what they want to achieve.

“With our new knowledge about what actually happens in the brain as at-risk teenagers approach adulthood, we have the opportunity to develop new intervention strategies to either stop the condition in its tracks, or reduce the impact of the illness.” 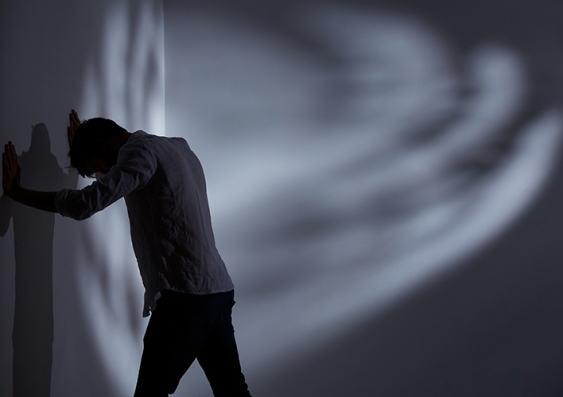 For a young person experiencing bipolar disorder for the first time, it can be a traumatic and life-changing experience. Photo: Shutterstock

Professor Michael Breakspear, who led the team at HMRI and the University of Newcastle that carried out the analysis of the dMRI scans, says the study illustrates how advances in technology can potentially bring about life-changing improvements to the way that mental illnesses can be treated.

“The relatives of people with bipolar disorder – especially the siblings and children – often ask about their own future risk, and this is a question of high personal concern,” he says.

“It’s also an issue for their doctors, as the presence of bipolar disorder has important medication implications.

“This study is an important step in having imaging and genetic tests we can perform to help identify those likely to develop bipolar disorder, before they develop disabling and stressing symptoms of the disorder. This would bring psychiatry closer to other branches of medicine where screening tests are part of standard care.”

The researchers stress that more research is needed before changes are made to current modes of treatment. It also would not be practical, nor cheap, for all people with a genetic risk of developing bipolar disorder to have brain scans to see if the brain is showing signs of reduced connections.

“The significant finding of our study is that there is progressive change in the brains of young people with risk of bipolar which suggests how important intervention strategies might be,” says Prof. Mitchell.

“If we can get in early, whether that’s training in psychological resilience, or maybe medications, then we may be able to prevent this progression towards major changes in the brain.”

Dr. Gloria Roberts, a postdoctoral researcher working primarily on the project since 2008 with UNSW Medicine & Health, has seen how new onsets of mental illness in youth at risk of developing bipolar disorder can significantly impact psychosocial functioning and quality of life.

“By advancing our understanding of the neurobiology of risk as well as resilience in these high-risk individuals we have the opportunity to intervene and improve the quality of life in individuals who are most at-risk.”

As a result of the new findings, the researchers are planning to do a third follow-up scan of participants in the study. They are also in the early stages of developing online programs that assist in the development of resilience while providing young people with skills in managing anxiety and depression, which they hope will reduce their chances of developing bipolar disorder.

Retired mother of two Patricia* knows first-hand how bipolar disorder can be passed down through family lines, having had a late husband who lived with the condition and one of her two children also developing it.

“My husband had it, and he believed his father and his grandfather had it,” Patricia says.

“It's also distantly in my own family. My husband and I were both very interested in contributing towards finding out more about it. We both believed very firmly that the answers lie in neuroscience.”

So when she found out about a study that sought to scan brains of people with and without risk of bipolar disorder, she thought it was a great opportunity to contribute. Her daughter had been diagnosed in her mid-teens, but her brother was not affected – both are now in their early 30s.

“I would love for them to find a way of eliminating it,” Patricia says of research into bipolar disorder.

“It causes so much strife for the people that have it, and it's very hard on the loved ones. I know that there are some people that have some periods of mania where they feel quite good. But that's not everybody. Many of them feel irritable when they're manic. And many people have mixed depression and mania, so it's not a nice disease.”

She says her children might help researchers find out what might be protecting those at risk who don’t go on to develop the disease.

“So you know, if they can learn more and even come up with some way of controlling it, we’re happy to help.”