Leading experts on hypertension have issued a call to action to improve uncontrolled blood pressure in Australia. 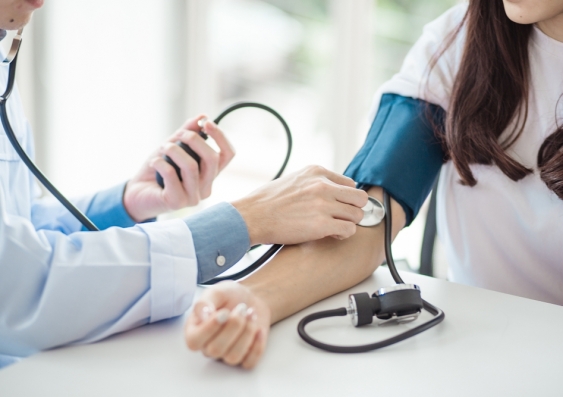 Raised blood pressure should be front and centre of the national health agenda, the researchers say. Photo: Shutterstock

A national commitment to improved blood pressure control would lead to significant health and economic gains, a group of medical researchers say.

Their call to action – which recommends a three-step plan to tackle the problem, including establishing a national taskforce – is published today in the Medical Journal of Australia.

Lead author Alta Schutte, Professor of Cardiovascular Medicine at UNSW Sydney and Professorial Fellow at The George Institute for Global Health, said that although high blood pressure is a major cause of death and disease, there did not seem to be any urgency to address it in Australia.

“Globally, raised blood pressure is the leading risk factor for major adverse outcomes such as coronary heart disease, stroke and dementia,” she said.

“Given these conditions are the top three killers of Australians, raised blood pressure should be front and centre of the national health agenda, but instead attention is currently focused on better managing the diseases it leads to.”

In Australia, it is estimated that raised blood pressure is responsible for 43 per cent of coronary heart disease, 41 per cent of stroke, around a third of chronic kidney disease and atrial fibrillation, and just under four per cent of dementia cases.

“While managing these conditions is undoubtedly important, major public health impact is more likely to be achieved by improving awareness of and screening for high blood pressure and improving blood pressure control,” said Prof. Schutte, who is also Immediate Past President of the International Society of Hypertension.

Over the past decades the prevalence of hypertension in Australia has decreased due to improved public health, but the Australian Institute of Health and Welfare reported that only a third of blood pressure cases were under control in 2017-2018, implying that over two thirds of people with raised blood pressure in Australia were not properly managed. Although many other high-income countries, like Canada and Germany, have substantially improved control rates, the situation in Australia has not improved for the past 10 years.

“Previous research has shown that reducing rates of high blood pressure by just a quarter could save 37,000 lives and return $34.3 billion to the economy,” Prof. Schutte says.

“If all Australians currently living with high blood pressure were properly treated, as many as 83,000 lives could be saved, resulting in a $91.6 billion return.”

The experts recommend a three-step roadmap to tackle the problem, including establishing a national taskforce on blood pressure, prioritising research funding and implementing various measures to improve population awareness, prevention and screening.

“The taskforce’s should aim to improve blood pressure control in Australia to at least 70 per cent, which is a doubling of the current control rates,” Prof. Schutte said.

“The taskforce should include a broad range of stakeholders, with a focus on primary care – with nearly 37,000 general practitioners in Australia, compared with 1200 cardiologists, the focus on management of high blood pressure in the community must include primary care practitioners, pharmacists, remote health care workers and nurses.”

The researchers said increasing the amount of funding for blood pressure research was critical, too.

“Blood pressure is currently under-represented in major funding bodies’ priority research areas,” Prof. Schutte said. “A focus should be on implementing and scaling up proven strategies to improve blood pressure management and control across the life course.”

Other recommendations by the authors include: