Genetic mutations that affect our blood cells' haemoglobin are the most common of all mutations. Finding an effective treatment would eliminate the need for lifelong blood transfusions, writes Merlin Crossley. 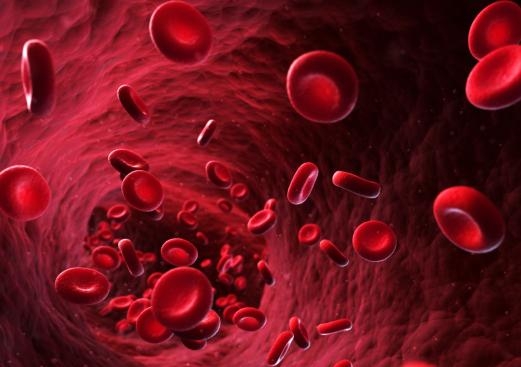 OPINION: Genetic mutations that affect our blood cells' haemoglobin are the most common of all mutations. It has been estimated that around 5% of the world’s population carry a defective globin gene.

Haemoglobin is the molecule in red blood cells that picks up oxygen from the lungs and transports it throughout your body to other tissues.

We can tolerate a single mutation in a globin gene but when individuals inherit two mutant copies – one from their mother and one from their father – they may suffer from genetic disorders, such as sickle cell anaemia or thalassaemia.

Many affected individuals live in developing countries so the challenge of treating these diseases is very great.

But why are globin mutations so common and what types of treatments might be possible?

Depends where do you come from

The mystery surrounding the prevalence of the mutations was solved by considering geography. Comparing areas affected by malaria with regions where blood disorders are common showed that the two zones overlap.

So we find blood mutations are prevalent across Africa, the Middle East, South East Asia and Central America.

They are also common in the Mediterranean, a region which is not subject to malaria today, but which harboured mosquitoes and the parasite they transmit until relatively recently.

In North America sickle cell anaemia and thalassaemia are common in African Americans.

The link between malaria and the mutations might lead us to propose that the defects protect against malaria.

Unfortunately, individuals with two mutant globin genes are not protected and may be especially vulnerable to malaria. But those with one good copy and one mutant copy, do indeed to enjoy some resistance.

The mechanism may vary depending on the particular mutation but in general it seems that having one mutant globin makes blood cells slightly more fragile and fewer parasites can survive within the blood, thus the symptoms and mortality are reduced.

Over evolutionary time it has been beneficial to have one mutant globin gene in your genome - so the mutations have been passed on through generations.

But it is not good to have two mutant copies. If you have two defective copies then the red blood cells will tend to be very fragile and anaemia may result.

The most common mutation affecting globin genes is known as the sickle cell mutation. This was also the first ever human mutation to be understood.

In 1957 Vernon Ingram and colleagues showed that the substitution of a glutamate in the sixth position in the globin chain for another residue valine was responsible for sickle cell anaemia.

This simple change produced a mutant globin molecule that stuck to other globin chains to form a solid aggregate that made red blood cells fragile.

In low oxygen the red blood cells lost their doughnut shape and appeared as elongated sickles, hence the name of the disease.

Globin gene biology is complicated. The haemoglobin molecule is actually made up of two alpha chains and two beta chains. Having a deletion in either the alpha or the beta genes can lead to chain imbalance and a special form of anaemia called thalassaemia.

In beta-thalassaemia it is thought to be the excess of alpha chains that damages the red blood cells, rather than the overall shortage of haemoglobin molecules.

There are a number of treatments for sickle cell anaemia and thalassaemia. One treatment involves blood transfusions - adding new blood to replace the fragile and damaged blood.

This treatment is important but obviously it does not remove the cell fragments and toxic levels of iron that can cause significant symptoms. So researchers are seeking ways to actually repair the defective red blood cells.

One approach has been gene therapy. The idea is to introduce a new globin gene into red blood cells, or since they have no nuclei and are short-lived, into their progenitor cells, blood stem cells.

This approach has worked in at least one instance, but it has proved very difficult to obtain the level of globin production required and the generation of high quantities of gene therapy viruses is extremely expensive.

One of the most exciting new approaches comes from studying naturally occurring globin mutations.

It was found that a few families with severe globin mutations exhibited only mild symptoms. They turned out to carry additional compensating mutations in another gene, a super globin called foetal globin.

Foetal globin binds oxygen very tightly and allows babies to snatch oxygen from their mother’s blood. The foetal globin gene is expressed in-utero but is turned off naturally shortly after we are born.

In a few families with mutations in its control regions the foetal globin stays on throughout life.

Normally this is not noticeable – surprisingly it does not even appear to interfere with normal pregnancy – but if one happens to have a defective adult globin gene this super globin can take over. It can make up for deficiencies in globin and it is even good at binding up excesses of toxic alpha globin.

Super globin to the rescue

About 30 years ago researchers began asking whether we could turn on the super globin genes in patients suffering from sickle cell anaemia and thalassaemia.

Remarkably there are several chemical agents that do stimulate blood cells to produce this super globin – hydroxyurea is perhaps the most widely used.

The mechanism by which it and other agents operate remains controversial. It is possible that it directly turns on the foetal globin gene, or it may damage blood cells and trigger an emergency response involving super globin production.

The search for new agents that target the foetal globin gene itself, turning it on and only it on, continues.

The most recent advances have come from looking at variations in foetal globin in the normal population via Genome Wide Association Studies (GWAS).

It was discovered that individuals with particularly high foetal globin had variations in a regulatory gene, called BCL11A. This gene encodes a DNA-binding protein that specifically represses foetal globin expression.

Efforts have now begun to knockdown BCL11A activity in red blood cell progenitors, either by RNA silencing, by genome editing or by chemical agents.

If this can be done it would, at least in theory, provide a treatment for these common genetic disorders that would hopefully be available to everyone and for ever.

Most importantly, a chemical treatment might provide help in developing countries where lifelong transfusions are difficult to deliver.

Merlin Crossley is Dean of Science and Professor of Molecular Biology at UNSW.