Despite high-profile health campaigns and a concerted effort to make antiretroviral therapy more accessible, the number of new HIV cases in Australia has remained stable over the last three years, writes Bridget Haire. 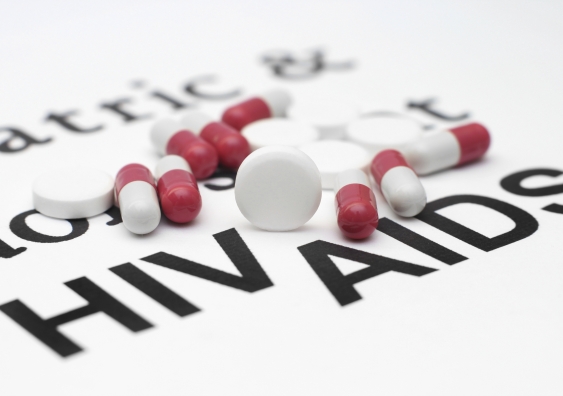 OPINION: Despite high-profile health promotion campaigns and a concerted effort to make antiretroviral therapy more accessible for people with HIV, the number of new HIV cases in Australia has remained relatively stable over the last three years. According to the latest annual surveillance report, HIV, hepatitis and sexually transmitted infections in Australia, 1,081 new cases of HIV infection were recorded in 2014, compared to 1,028 in 2013 and 1,064 in 2012.

Sexual contact between men remains the main route of HIV transmission, accounting for 70% of cases in 2014. Heterosexual sex was responsible for 19% of cases, while around 8% of cases were attributed to injecting drug use.

Although Australia has made some gains – more HIV-positive gay men are receiving treatment than ten years ago and the number disclosing their infectious status to partners has risen – for a number of reasons we’re not seeing a major decline in infections.

HIV infection is now a treatable condition rather than a death sentence, and this is a very, very good thing. It means people who contract HIV today can expect to live near-normal lifespans, as long as they adhere to standard treatment, a regimen of antiretroviral drugs.

The flip side of this good news is that, inevitably, HIV is now less scary. That hasn’t resulted in condom abandonment by the community at highest risk of infection in Australia – gay men and other men who have sex with men – but it does impact how they assess their risk of infection.

Research shows HIV is drastically less infectious if an infected person is taking suppressive antiretroviral therapy. Over 90% of diagnosed people in Australia are on such therapy. The risk of getting HIV from having unprotected sex with a gay man who is HIV-positive and on suppressive therapy is much lower than from unprotected sex with a sexually active gay man who hasn’t been tested recently.

Assessing your risk of getting HIV is now far more complicated.

It’s not easy to always use condoms

Condoms are a simple, relatively cheap, protective barrier that prevents HIV infection. But effective use of condoms requires ongoing, correct use every time there’s a risk of HIV transmission during sex.

This is difficult to sustain over a lifetime; the norm in heterosexual relationships, for instance, is to replace condoms by some form of hormonal contraception as relationships become longer term.

There’s a new form of HIV prevention called “pre-exposure prophylaxis” or PrEP for short. A little like oral contraceptives, PrEP involves HIV-negative people at risk of infection taking a particular antiretroviral drug on an ongoing basis to prevent getting HIV.

PrEP has been licensed in the United States since 2012, but not in Australia. Some people get it through so-called “implementation studies” (small studies that give access to a select, very-high risk group of people while collecting data), but there are only 450 places in these studies, even though there are many thousands of people in Australia at very high risk of HIV infection.

Australian gay men who understand they are at increased risk of HIV infection have had to resort to either paying around A$13,500 a year or ordering generic versions of the antiretroviral drugs over the internet. This is legal, as long as the person making the order has a doctor’s prescription and is importing the drugs for personal use.

Sexually active Australian gay men are expected to test for HIV at least once a year, even if they always use condoms. For men who have had any riskier practices, such as unprotected sex, this rises to testing every three months.

This is a big ask. In order to make testing less logistically fraught, HIV community organisations have developed community-based rapid testing options. Rapid tests – particularly those in community settings – simplify the testing process, deliver a fast screening result and are open after business hours, so as not to disrupt work.

But rapid community-based testing is not yet available in every state and territory. Home-based testing – where people test themselves, making the process still more convenient – is available only through a clinical trial.

Gay men use condoms much more than heterosexuals

Most gay men use condoms for high-risk sex most of the time. When they don’t, they often use some other strategy to mitigate risk. In comparison, among heterosexual Australians aged between 16 and 69 who were sexually active, less than half reported using condoms in the last year.

What this means for an effective HIV response in Australia is that we need to listen to the voices of peer-based community organisations to understand what makes adherence to HIV prevention strategies difficult for those at highest risk of infection. Simplified access to testing is critical, so that early infections are picked up early and newly infected people can commence treatment both for their own health and to reduce ongoing transmission. Wider access to PrEP is also critical, so that those who are aware that their condom use is less than perfect have another option to rely upon.

At the beginning of the HIV epidemic, gay men invented safer sex to protect themselves and their loved ones. Today, we need to listen to them to understand what makes risk reduction difficult, and which technologies are critical to the future of HIV prevention in this country.

Bridget Haire is a lecturer in ethics, HIV prevention at UNSW.