Opinion Getting the mix right for assessing research impact 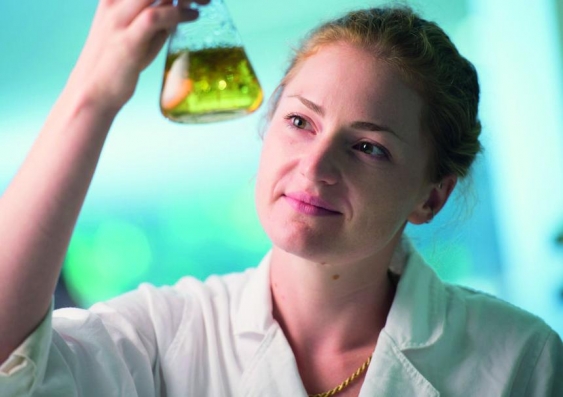 Outside professional sport, few industries measure the performance of their workforces more intensively than academia.

There’s particular scrutiny on how much difference academic research has made to the world. But objectively measuring research impact is fraught with difficulty.

As the vast majority of research output is in the form of published reports, there’s been considerable effort over the past few decades to develop ways of measuring their impact and researchers' work more generally by counting publications and their characteristics.

These bibliometric indices have long been used to guide decisions about individuals or projects that should receive funding – but they have started to fall into disrepute.

Increasing awareness of the limitations of bibliometrics has led to major shifts in assessment practice. Most prominent has been the rejection of the “journal impact factor” by many funding bodies, including Australia’s National Health and Medical Research Council (NHMRC).

Crudely, journal impact factor is the average number of times papers in a journal are cited within two years of publication. Researchers were once encouraged to quote the impact factor of the journal they published in, as a means of demonstrating the worth of their research.

The main – and irrefutable – argument against the journal impact factor is that it’s a composite; it shows how often all the work published in the journal is referenced, so cannot demonstrate the impact of any single piece of research.

It has also been a target for manipulation by journals seeking a higher profile.

Another way researchers have been assessed in the past is by counting their publications – the number of individual papers they have written.

Publication counts are now also officially rejected by many funding organisations. They’re seen as potentially reflecting verbosity or fragmentation in output, as much as real contribution to advancing knowledge.

Do citation counts solve the problem?

One bibliometric index of individual impact that has retained standing in assessment guidelines is the citation count, which may be calculated for a single paper, or a group of papers. Citation count is the number of times a work is referenced in subsequent scientific publications.

Citation counts are seen as a purer measure of impact because they’re entirely based on the individual’s work (as opposed to the journals it appeared in), but it too has its limitations.

Counts will most likely be higher in very popular fields of research, where there are many authors currently active, than in more esoteric fields. And the most highly referenced paper on a topic may be a recent update of findings from other authors, rather than an original piece of research.

But perhaps its biggest limitation is that it can take several years for the impact of a paper to be translated into citation counts.

For someone trying to get a job after finishing her doctoral thesis, or returning to work after several years of full-time parenting, or even a well-established researcher needing to demonstrate recent achievement, an important new publication may be simply too recent to have accrued more than a handful of citations.

So, what’s the best way to predict the impact of research? Well, if you were going to have to put money on it, you’d best go with journal impact factor.

Journals have a high impact factor because they have developed strategies for attracting and selecting work that draws the attention of people in the field.

In my own career, I’ve had many papers in both high and low-impact journals that did not garner many citations. But virtually all of my well-cited papers were in high impact factor journals.

As for the humble publication count, it comes into its own when analysing the potential of early-career researchers.

The chance of being awarded a post-doctoral fellowship by the NHMRC is low if you have less than half a dozen publications where you’re the first author, and goes up quickly on the other side of ten papers.

This is an entirely reasonable way to judge a researcher embarking on the academic road. Few will have made any measurable contribution to their discipline in terms of external impact, but demonstrating the ability to write and publish consistently is almost certainly a prerequisite for success.

Make the best use of available tools

All bibliometric indices have their limitations, and are hopelessly inadequate when trying to assess “real” impact – the changes to people’s lives research makes. So we need to continue to look for other approaches, such as impact on policy and practice.

But we will keep calculating and using bibliometrics, so rather than selecting or rejecting one or another, perhaps the best way to measure it is a judicious mix-and-match approach.

Here are some suggestions:

There’s no simple solution to the problem of objectively assessing research impact. And researchers will keep talking about high impact factor journals and publication counts, so it’s probably useful to acknowledge that they still have a legitimate role to play, as long as they are not the whole story.

John Kaldor is a Professor of Epidemiology at UNSW's Kirby Institute.