Opinion Give Medicare Locals a chance to improve health equity

There are already encouraging signs that Medicare Locals are starting to deliver results. But if they’re axed, Australia could be derailing its path to a more equitable health system, write Mark Harris, Elizabeth Harris and Nick Zwar. 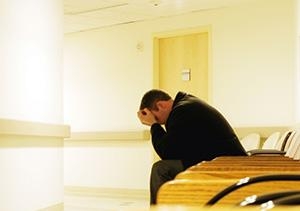 OPINION: While independent, government-funded Medicare Locals are still in their embryonic form, opposition health spokesperson Peter Dutton has hinted that, if elected, a Coalition government would scrap the bureaucracies and redirect funds to front-line patient care.

“We support a role for the coordination of primary care, but we don’t support money being prioritised away from patients into vast bureaucratic structures,” Dutton said last month, though the Coalition has not clarified its position on Medicare Locals.

There are already encouraging signs that Medicare Locals are starting to deliver results. But if they’re axed, Australia could be derailing its path to a more equitable health system.

For the first time, primary health-care providers across Australia have come together to plan after-hours services to meet the needs of their local communities. In the Hunter, New South Wales, for example, a telephone triage system helps patients access services they need, including transport. This takes the load off hospital emergency departments, which treat patients if they’re unable to access a general practitioner after hours.

Many other Medicare Locals have established websites where patients can find an after-hours GP in their local area. These services are linked to the national after-hours GP help line which is particularly useful in providing advice for parents when their young children get coughs or fevers.

Certain groups of Australians suffer disproportionately from health problems. Indigenous Australians, people from lower socioeconomic backgrounds and those living in rural and remote areas are at higher risk of chronic diseases such as diabetes and heart disease.

The life expectancy gap between the most and least disadvantaged parts of NSW, for example, is 4.6 years. And Indigenous Australians' life expectancy is 9.7 and 11.5 years less for women and men respectively.

This is partly because disadvantaged groups have higher rates of risk factors such as obesity and smoking but also unequal access to preventive and other health services.

In some areas, many people were born overseas, have poor English language skills, limited education or poor health literacy (the knowledge and skills to stay healthy). This complicates preventive care and early treatment.

In an attempt to address this problem, Sydney’s Inner West Medicare Local has been funded by the National Preventive Health Agency to work with GPs, local government and community organisations to engage people with poor health literacy in preventive care.

Australia has a comparatively strong but fragmented primary health care system. An older person needing extra help at home, for example, often has to be assessed by a number of service providers separately and often information is not shared. This frustrates patients and their families as they receive uncoordinated or inappropriate services. Fragmented care is particularly detrimental for older people and those with complex long-term problems such as diabetes and depression.

International research has demonstrated that primary health care is a key part of the solution to these inequities. This is because disadvantaged and vulnerable groups are more likely to have multiple risk factors and health problems – and primary health represents a comprehensive means of diagnosis and management. It is also generally more accessible and affordable for people with limited resources than more specialised care.

Good care requires strong links between hospitals and community-based services, multidisciplinary team care and proactive approaches to prevention, something many hope the Medicare Locals will achieve.

A major opportunity comes with the Health Communities plans Medicare Locals are currently developing for their local areas. These will identify which population groups are using services and then develop more flexible locally responsive services. So far, some Medicare Locals have found children in disadvantaged suburbs have lower rates of immunisation and thus they can work with the other local health services to improve access and promote uptake in these areas.

The Commonwealth government has invested approximately A$171 million a year to fund the 61 Medicare Locals across Australia. This is a relatively small amount of money in the A$53 billion-plus health and ageing budget.

The health care reform reports recognise the pivotal position of primary health care in preventing more acute illness and saving money down the track, with Medicare Locals playing an important role in prevention and early detection.

Although there is goodwill for Commonwealth- and state-funded services to work together at the local level, more integrated care involves making health professional roles and services more flexible. These changes are difficult to achieve across different professions, organisations and with limited resources.

The success of Medical Locals at reducing health inequities will depend on their ability to relate to local communities. If Medicare Locals can work with local government and those representing vulnerable and disadvantaged groups – and listen to what they have to say – they may be able to tackle problems that more established services have not.

These long-term relationships will need commitment and trust. They also require time – something that Medicare Locals may not have.

Professor Mark Harris is Executive Director of the Centre for Primary Health Care and Equity, UNSW. Elizabeth Harris is a Senior Research Fellow at the Centre.
Nick Zwar is Professor of General Practice and Head of Undergraduate Education in the School of Public Health and Community Medicine, UNSW.