Internet-delivered cognitive behavioral therapy is a global solution to help the world's mentally ill overcome the many barriers they face to accessing treatment, writes Asha Basu. 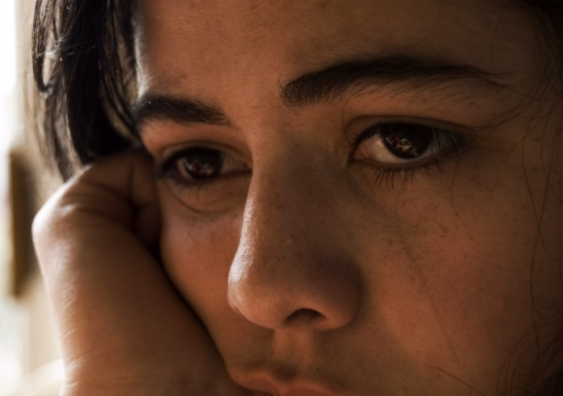 The World Economic Forum estimates that by 2030, the global cost of mental illness will be over $6 trillion. Photo: Flickr/Joe Penna

OPINION: Mental illnesses, such as major depression and anxiety disorders, are one of the leading global causes of disability and are responsible for nearly 20 percent of the total years lived with disability (YLD) worldwide. In addition to the disabling effects of mental illness, people with major depression,  as compared with the general population, have a 40–60% greater chance of suffering from premature death.

And despite the high prevalence and efficacy of currently available treatments for mental illness, treatment uptake has historically been low. One 2012 study found that of nearly 25,000 people who completed an online depression screening, 67% screened positive for a current major depressive episode, but only 25% were receiving treatment.

Today, technology, aided by the Internet, has an unparalleled reach into every corner of the world. It is now easier to bring computers and tablets into a community than it is to bring a posse of trained mental health professionals.

This low rate of treatment uptake is attributable to the numerous barriers to access faced by the mentally ill, including cost, inconvenience, lack of treatment availability, and stigma. Treatment uptake is particularly low in nonmetropolitan areas where there is limited access to trained mental health professionals.

There is a well-known relationship between poverty and mental health. Typically, when we consider the health effects of poverty, we think of communicable diseases and malnutrition. Yet impoverished areas have higher rates of mental illness as well because poverty is both a cause and a consequence of poor mental health. This relationship is particularly pronounced in children – according to a study from the United Kingdom, children in the poorest households are three times more likely to have a mental illness than are those in the most privileged households.

Barriers to accessing treatment are especially pronounced in impoverished areas, where seeking treatment comes at the important opportunity cost of income generation. There is, moreover, still considerable stigma around mental illness, even among upper-income people with high levels of health literacy, and this stigma is considerably worse in poorer areas, where it can manifest as discrimination and even violence against the mentally ill. Finally, there is limited access to trained mental health professionals.

The implications of high mental illness rates are profound. The reduced productivity and workplace participation by people suffering from untreated mental illness costs developed economies several billion of dollars each year according to a 2003 study from the World Health Organization. The World Economic Forum, meanwhile, estimates that by 2030, the global cost of mental illness will be over $6 trillion. People with untreated mental illness are more likely to engage in risky behavior or develop a substance abuse problem, causing strains on national health-care systems. Mental disorders are also associated with decreased adherence to medical regimens, which further affects public health indirectly. Despite the severity of the issue, and the enormous costs associated with it, this is an area that receives relatively little attention from global leaders.

Two traditional avenues for treating mental illness exist: psychotherapy and pharmacotherapy (or treatment with medicine). The mainstay of contemporary psychotherapy is cognitive behavioral therapy (CBT), which focuses on changing negative patterns of thought and behavior. CBT has traditionally been delivered face to face as the frontline treatment for mental illness. Yet finding skilled available therapists is difficult in metropolitan areas let alone in remote rural locations. Therapist-delivered CBT, moreover, cannot be standardized, because factors unique to each therapist-patient relationship can alter how treatment is delivered. Central elements of CBT are often omitted in clinical practice because each clinician can deliver his or her own personal version of the therapy instead of using the specific version that was tested in trials. Furthermore, it is not feasible to set up clinics of trained mental health professionals all over the world in order to expand treatment in impoverished areas. There is thus a need for an effective, practical treatment with a high degree of scalability.

My suggested solution is Internet-delivered cognitive behavioral therapy (iCBT), a series of modules delivered via the Internet (or CD-ROM) that serves as a treatment for mental illness. More colloquially, iCBT is a series of lessons on a computer that can stand in place of an actual therapist. It can be delivered with varying levels of support, which can be broadly divided into guided and unguided iCBT. At the highest level of support, iCBT can be therapist guided. Guidance – usually consisting of encouragement rather than clinical advice – can also be provided by a trained technician and is typically given over the phone or via e-mail. Unguided iCBT is fully automated and involves no human contact, whether in person, over the phone, or via personalized e-mails. Unguided iCBT can involve fully automated reminders, or it can include no reminders of any kind throughout the duration of treatment. The range of guidance options offered by iCBT, from least to most, are unguided with no reminders, unguided with reminders, guided with support from a technician, and guidance with advice from a clinician.

ICBT circumvents many of the aforementioned barriers to treatment. Internet delivery ensures wide distribution and ease of access, and its inherent privacy, convenience, and immediacy negate the respective effects of stigma, inconvenience, and long waiting lists. Because of the reduced amount of time required with a therapist, or in some cases the lack of a therapist altogether, iCBT is incredibly cost effective and avoids indirect costs such as time taken off work and spent in transport. It also offers patients a level of treatment fidelity that otherwise could only be achieved with medication—and as with pharmaceuticals, what’s on the label is in the treatment. The nature and low cost of iCBT, moreover, mean that the therapy offers an unparalleled degree of scalability. The benefits of iCBT are best realized with unguided, fully automated self-help interventions that require no clinician support.

ICBT is a useful treatment for depression, for which it is comparable in effect to face-to-face treatment. In trials of one high-quality, independently replicated online treatment program, 80% of patients improved, and 60% improved to the point of being free from the disorder in question. In the more successful and innovative iCBT programs, patients are presented with an illustrated story about a person seeking treatment. Participants follow the character’s progress with a clinical psychologist as the character learns to manage his or her symptoms, and as such, participants too learn to manage their own symptoms in the process. These courses can be translated into many languages, downloaded onto almost any electronic device, or used via CD-ROM. It will be a while before quality-assured psychiatrists and therapists are accessible to everyone, no matter where the people needing such services live. But in the interim, we should strive to provide access to another quality-assured, convenient, cost-effective solution so that people don’t have to suffer without treatment.

There is a high prevalence of mental illness globally but low rates of treatment uptake. This has debilitating effects on the individual and puts a large economic strain on the global economy. Traditional face-to-face CBT is unavailable to those of low socioeconomic status and with scarce time and limited access to trained mental health professionals. Long waiting lists, inconvenience, and stigma also contribute to a reluctance to seek treatment. ICBT affords privacy and convenience along with immediacy, quality, and fidelity of treatment. Evidence has shown that iCBT is effective and scalable for populations throughout the world.

For too long, global leaders have treated health as a purely physical construct and assumed that targeting communicable diseases would be enough. They have ignored the plight of the mentally ill, particularly those who live in poverty. In doing so, leaders have contributed to the astronomical economic effect of untreated mental illness. Today, technology, aided by the Internet, has an unparalleled reach into every corner of the world. It is now easier to bring computers and tablets into a community than it is to bring a posse of trained mental health professionals. Global leaders should capitalize on having such useful technology at their fingertips and help reduce the burden of mental illness across the world.

Ashna Basu is a 4th year medical student at UNSW and winner of the 2016 Foreign Affairs Magazine Student Essay Competition, where this piece was first published.

Tackling stigma: how sports can change perceptions of mental illness