Genetic testing for children should only be considered where there are clear medical benefits, say UNSW researchers, who've found the potential harmful effects of testing on children’s mental health remains largely unknown. 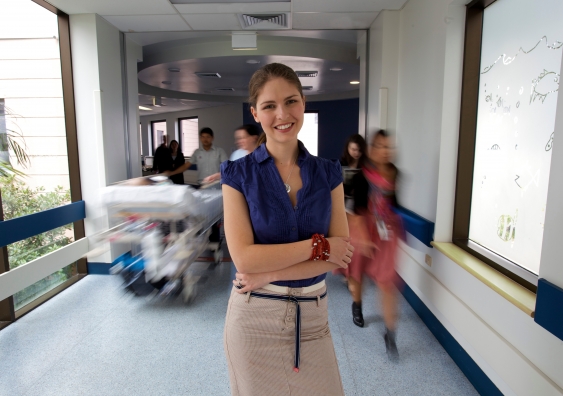 Genetic testing for children should only be considered in cases where there are clear medical benefits, say UNSW researchers, who've found the potential harmful effects of testing on children’s mental health remains largely unknown.

Their findings have been published in the Nature journal, Genetics in Medicine.

The UNSW researchers reviewed existing studies to assess the psychological impact on children who have a genetic test for a heritable condition or who learn genetic information because a family member has a genetic test.

Retinoblastoma, the most common malignant cancer of the eye in children, is a typical cancer for which a child would receive a genetic test if their sibling was diagnosed with the disease.

Despite more than 20 years of genetic testing, the review found surprisingly little data available, with only 13 studies of less than 1,000 children worldwide, affected by varied conditions.

Study co-author Associate Professor Claire Wakefield, from UNSW's School of Women's and Children's Health, said while the review found anxiety and depression was rare and children’s wellbeing was fairly stable before and after testing, some children did experience serious difficulties, including discrimination, guilt, regret and family stress.

“One study we looked at showed that more than half the children surveyed were worrying about developing cancer in the future,” Associate Professor Wakefield said.

“Until more data becomes available, it is too early to declare genetic testing ‘safe’ for children."

Associate Professor Wakefield will this year conduct a small Australian-first study at the Kids Cancer Centre Sydney Children’s Hospital, with children who have been offered a genetic test to assess their cancer risk.

“Previous studies have focused on outcomes such as anxiety and depression and have not explored the unique experiences of learning genetic information in childhood,” she said.

“Also, given that the studies needed parental consent for the child’s participation, families experiencing problems might not have consented and wouldn’t be represented in the findings.

“We hope to gain a much deeper understanding of the effects of the genetic test on each child as well as the impact on the family unit, such as family distress,” Associate Professor Wakefield said.

UNSW researchers elected to Academy of Health and Medical Sciences