It's frustrating that patients do not or aren't able to act on results showing their genetic risk factors for cancer, argues Robyn Ward. 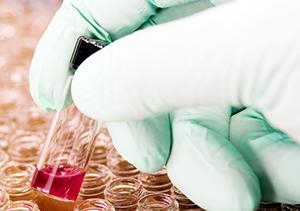 OPINION: What if medical science offered you and your closest family members the opportunity to virtually eliminate your risk of developing certain cancers? In this case, there would be no invasive surgery involved, just a regular screening program and, perhaps, simple treatment. The only thing you'd have to do is take a blood test to identify whether you, and therefore your blood relatives, had the genetic characteristics which put you at risk.

As an oncologist dealing every day with the burden of cancer, I had always imagined this kind of offer would be too good to refuse. The recent decision of Angelina Jolie to resort to surgery to minimise her hereditary risk of developing breast and ovarian cancer only reinforced this assumption.

But I was wrong. And now I have many complicated questions as to why some patients ignore risk factors, even if this means denying close family members the knowledge they need to access screening services that may save their lives. Consequently, this raises the more difficult question of whether an individual patient's rights should override those of family members.

I work with bowel cancer, nowadays a mostly treatable condition. One particular genetic risk factor, known as Lynch syndrome, makes some people especially vulnerable to a range of cancers, particularly bowel cancer, but also cancer of the stomach, ovaries and uterus.Advances in medical science means we can and do test for Lynch syndrome and have very effective screening and treatment programs which dramatically reduce a Lynch-positive person's risk of dying from bowel cancer.

Yet when we carried out a study of patients at risk of hereditary bowel cancer, we found that one in three people did not or could not act to reduce their own cancer risk, and so did not pass on a similar opportunity to family members.

We had spent three years screening patients with colorectal cancer at major NSW hospitals for features suggesting Lynch syndrome. Patients identified were then offered blood tests to confirm it. As bowel cancer is treatable, every patient stood to gain by following up with regular colonoscopies to identify and remove any abnormalities before they developed into further cancers. A positive identification also gave them the opportunity to inform family members, some of whom have a one in two risk of having Lynch syndrome.

Does this mean medical science has raced ahead of society and its structures? I think so. I am frustrated that patients don't or aren't able to act on results that show they are at high risk of Lynch syndrome. Even if they aren't in a position to act on the results, it's a shame that their family members aren't given an opportunity to know about their own risk.

Health budgets are increasingly strained as the population ages, so what might poor compliance rates like these suggest when future funding is handed out? Might funding for cancer prevention strategies be questioned if the number of people ignoring medical advice undermines the effectiveness of the strategy itself?

In the case of the Lynch syndrome research, there were some explanations for individual failures to act. Some patients were elderly and had other medical conditions including dementia.

Perhaps reasons like fear and fatalism mean the good news about bowel cancer has not been sufficiently publicised. Unlike a lot of cancers, bowel cancer is cured by surgery when detected early. The key to improving survival from bowel cancer is identifying people at risk and detecting the polyps that lead to bowel cancer. We need to do more to ensure patients understand their risks and the options they now have to reduce those risks