Opinion Health Check: what can you eat to help ease ‘morning’ sickness in pregnancy?

It can be hard to eat a balanced diet when you are suffering from nausea and vomiting. You may only feel like oranges, hot chips, lemonade, ice blocks and pizza, writes Rebecca Charlotte Reynolds. 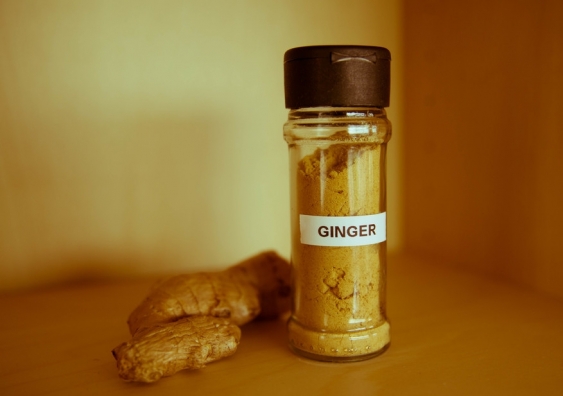 Ginger may help milder levels of nausea and vomiting in pregnancy. by rebeccacharlotte.com.au, Author provided.

The exact cause of the nausea and vomiting in pregnancy is unknown, although various factors and hypotheses have been suggested.

The most popular evolutionary hypothesis linked to nutrition seems to be that nausea and vomiting may have protected pregnant mothers and their unborn children against potentially harmful substances in food. Imagine you’re a pregnant, hairy woman who feels too sick to try that new, delicious-looking plant that has just started to grow on your cavestep.

Negative effects of pregnancy nausea on mum can include stress, anxiety and depression, an inability to work, malnutrition, dehydration, contribution to constipation, decreased quality of life and irritability, increased sleep disturbances and lowered mood.

What should you eat?

It can be hard to eat a balanced diet when you are suffering from nausea and vomiting. You may only feel like oranges, hot chips, lemonade, ice blocks and pizza.

It’s best not to worry too much about this in the short term (beginning mid-pregnancy), as you can catch up with better nutrition when you start to feel more human. It’s better to eat anything than nothing at all.

The tips include eating smaller meals; not eating late at night; not consuming alcohol, fizzy drinks or other reflux-promoting foods and drinks such as spicy or fatty foods and peppermint; and chewing gum.

Even if you only manage to eat some chips and drink lemonade while you suffer from early nausea and vomiting, are there certain things you can eat or drink – or nutrition supplements you can take – that may help ease your symptoms?

There are lots of reviews and guidelines on the nutritional management of nausea and vomiting in pregnancy. But there doesn’t seem to be enough high-quality evidence to be able to confidently recommend any particular nutrition strategy widely.

There are common nutrition practices that may help and are widely used by women all over the world. Many have good anecdotal support but few have been investigated in scientific studies. That doesn’t mean they don’t work, though. Some of the common tips in the literature are:

There has been more research into certain nutrition supplements. These also may improve nausea and vomiting symptoms – although the evidence is not yet robust enough for wide application:

OPINION: If your nausea and vomiting are more severe, then the above strategies may do absolutely nothing for you. You may need to move onto pharmaceutical and other management options. These include the anti-nausea drug ondansetron, which evidence suggests is unlikely to have any severe adverse effects on baby – unlike thalidomide in times gone by.

Even though almost three-quarters of Australian women may use at least one kind of “complementary therapy” during pregnancy, such as acupressure travel bands or acupuncture, the evidence for most is inconclusive.

Rebecca Charlotte Reynolds is a lecturer in Nutrition, UNSW.