Public health experts are gathering at UNSW today to discuss why one year after endemic measles was officially eliminated Australia continues to be plagued by sporadic outbreaks of the virus. 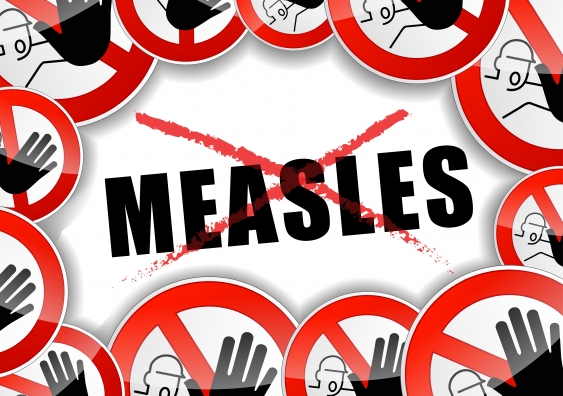 Last year 339 cases of measles were reported in Australia, the vast majority brought in by travellers from abroad. (iStock).

Public health experts are gathering at UNSW today (Monday, 14 September) to discuss why one year after endemic measles was officially eliminated, Australia continues to be plagued by sporadic outbreaks of the virus, and what can be done to contain it.

A current outbreak at the University of Queensland (UQ), which began when a student returned from overseas, has seen the number of confirmed cases rise to 10.

Importation by travellers with no or waning immunity returning from countries experiencing endemic transmission poses one of the greatest threats to a new measles epidemic in Australia.

Many countries, including China, Malaysia and the Philippines, continue to experience endemic transmission of measles.

Endemic measles elimination is reached once home-grown transmission of the virus has been interrupted for at least three years from the last local case.

A national measles workshop, hosted by UNSW’s School of Public Health and Community Medicine (SPHCM) and the ARM network, brings together researchers, practitioners and policy makers to discuss the challenge of controlling measles and new strategies to strengthen its elimination in Australia.

Last year 339 cases of measles were reported in Australia, the vast majority brought in by travellers from abroad. This was the largest annual number of cases since the highly successful 1998 measles control campaign which saw 1.7 million children vaccinated and measles rates plummet.

Measles is a highly contagious disease that typically begins with a high fever, runny nose and coughing, before leading to a red rash. The virus can cause serious complications such as pneumonia and inflammation of the brain.

Professor Raina MacIntyre Head of the SPHCM, says larger and longer than usual recent measles outbreaks have heightened the need to maintain 95% coverage of two doses of the measles vaccination across the Australian population.

“Targeting at risk groups including young adults, unimmunised children and migrant populations is the key to maintaining this coverage and preventing further outbreaks,” Professor MacIntyre says.

“We recommend that anyone who has not had two documented dose of the measles, mumps and rubella (MMR) vaccine, gets vaccinated.”

UNSW experts will also discuss how the movement of people between Australia and New Zealand may be contributing to measles outbreaks, and concerning results from recent measles screening surveys.

The ARM network is a national network for infectious diseases emergency response, founded by partners from UNSW, ANU and the Burnet Institute.