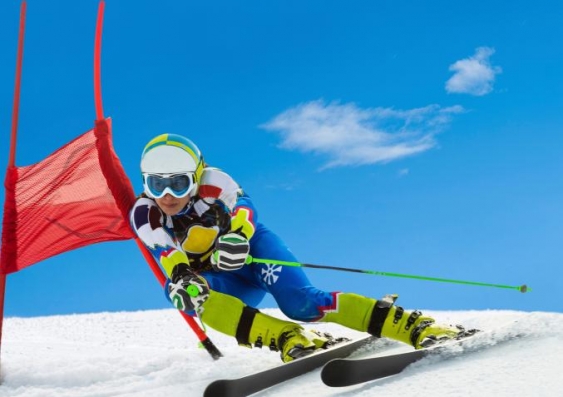 OPINION: A quick look at Wikipedia shows that Winter Olympians test positive for doping at a far lower rate than their Summer Olympic counterparts. The past two Summer Olympics (London and Beijing) saw 34 drug scandals (19 and 15 respectively) compared to one each from Turin and Vancouver. Why?

The simple answer is that Winter Olympians are "cleaner", but it seems naive to believe that Winter Olympic sport is somehow less vulnerable to doping, especially with claims a new, undetectable drug may be doing the rounds at Sochi. So what is going on?

Given the admission from former president of the World Anti-Doping Agency (WADA) John Fahey that drug testing will never stop doping, it clearly has nothing to do with the deterrent value of testing.

Winter Olympic sports could simply be less vulnerable to doping. The myth that technical sports are less vulnerable persists because it is perceived that drugs tend to have little or no impact on performance.

I have not seen any data on this, but if there is doping among ballet dancers then doping is possible in figure skating. Weight control can be a big issue that sees increased use of stimulants.

Substances that enhance performance in Winter Olympic events may be systematically left off the WADA Prohibited List.

Norway and Canada do rather better at the Winter Olympics than the Summer Olympics by investing heavily in the science of winter sports. As a consequence, perhaps athletes have no need to turn to doping.

The Winter Games have less economic value than the Summer Olympics. This can be seen in broadcast rights and the support Australian Winter Olympians get relative to Summer Olympians. There may be less incentive to dope because Winter Olympic medals have (depending on who you ask) less value.

Culturally, Winter Olympic sports may normalise refusing substance use. It seems naive, but is a plausible explanation. Equally, the relatively smaller Winter Olympic community (35% the size of the Summer Olympics) could make it harder to hide doping.

2. Winter Olympians are better at doping

The less charitable and potentially cynical answer is that Winter Olympians are simply better at doping – or at least at beating the tests.

In saying this, I assume Winter Olympians are treated the same in terms of testing as Summer Olympians. Given WADA's failure to achieve consistent anti-doping policy and practice across sports and countries, this is a weak assumption, but leaves the door open to the idea that Winter Olympians are tested less rigorously than their summer counterparts (even with the hard line pronounced by the International Olympic Committee's medical director Richard Budgett).

Despite the rhetoric, beating the tests is apparently pretty easy to do.

The positive test rate for out-of-competition drug tests (the 6am knock on the door) can be less than 0.36% and officially 1.2% in competition (such as after winning a medal).

Winter Olympians may be more willing to be innovative and take more risk with their substance use. Cross country skiers pioneered autologous blood doping and erythropoietin (EPO) use among endurance athletes.

Where does this leave doping at the Winter Olympics?

The above exploration leads to two uncomfortable questions for those with stewardship of anti-doping.

Firstly, if the Winter Olympics are less vulnerable to doping, why is the IOC yet to find out the reasons so they can be replicated at the Summer Olympics?

Secondly, if Winter Olympians are better at doping, is anti-doping failing at a flagship Olympic event?

Dr Jason Mazanov is a Senior Lecturer in the School of Business, UNSW Canberra.

Doping in football – does it make the game any less beautiful?